SuperSport negotiate on Wome with Pirates‚ while Masango back in Denmark 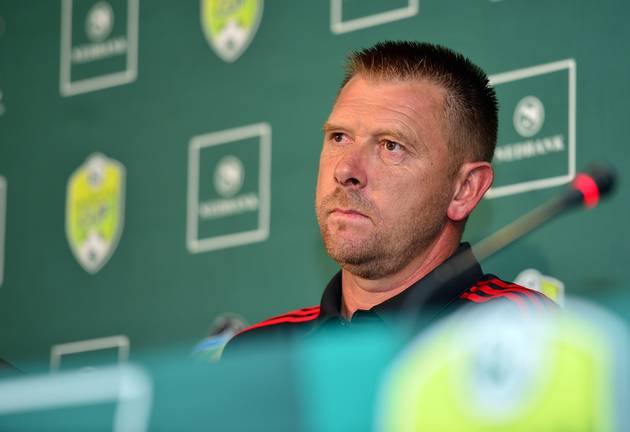 SuperSport United coach Eric Tinkler has confirmed that negotiations are underway with Orlando Pirates regarding the future of Dove Wome‚ and that Mandla Masango has returned to his Danish club Randers FC.

Wome joined Pirates in January on loan after an injury-plagued period where he struggled to break into the United starting XI under former coach Stuart Baxter‚ and a decision is imminent as to where the intelligent Togolese forward will be playing next season.

Thamsanqa Sangweni can be an excellent signing in defensive midfield for Orlando Pirates and carve his own piece of history at the great club‚ says ...
Sport
4 years ago

The suspension of the Sudanese Football Association by Fifa has seen two of their clubs‚ Al Merreikh and Al Hilal‚ ejected from the 2017 Caf ...
Sport
4 years ago

On Masango‚ Tinkler indicated that SuperSport will not be exercising the option to sign the former Kaizer Chiefs speedy winger on a permanent basis after he spent a loan at the club in the second half of last season.

“With regard to Dove Wome‚ negotiations are taking place with Pirates but if nothing comes out of it he is still a SuperSport United player and he will come back to us.” Tinlker‚ Baxter’s new replacement at Matsantsantsa said.

“Mandla Masango has gone back to his club in Denmark and we won’t be renewing with him.”

Tinkler was speaking after United booked a place in the quarter-finals of the Caf Confederation Cup by comprehensively beating CF Mounana of Gabon 4-1 at Lucas Moripe Stadium on Saturday afternoon.

Tinkler also confirmed that he is keeping Kaitano Tembo and Andre Arendse as his assistant and goalkeeper-coach while he has recruited Zac Van Heerden as conditioning coach.

“I am not making any changes besides that I have brought in Zac van Heerden to be the conditioning coach.

“He is somebody I have worked with in the past during my time at Bidvest Wits‚ ands who I know very well and who understands how I want us to train.

“I am very happy with Kaitano and Andre‚” the coach said.

SuperSport will take on Zambian side Zesco United in the Confederation Cup quarters‚ and Tinkler‚ said his side need to must prepare well for the daunting trip to Ndola in September.

“We are going to Zesco United in Zambia and at least it is not a long trip‚ but the opposition are strong‚” he said.

“We need to study them very carefully to ensure that we go there and put on a good performance. We would like to go to the semi-final and win it at the end.”

Tinkler watched the 4-1 win over Mounana from the stands as he is not yet registered in the Confed.