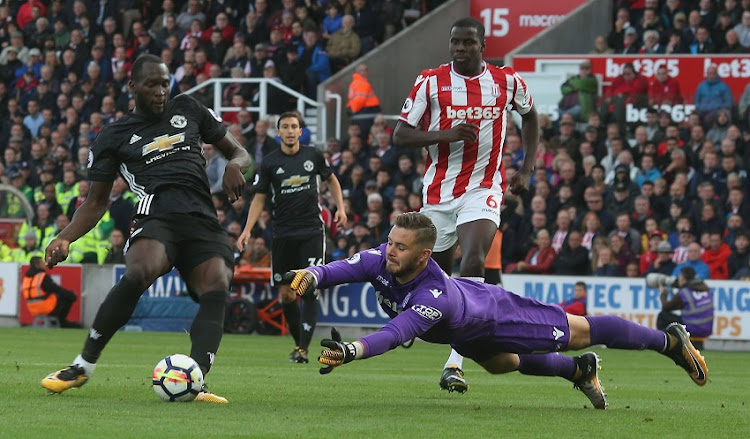 Romelu Lukaku of Manchester United scores their second goal during the Premier League match between Stoke City and Manchester United at Bet365 Stadium on September 9, 2017 in Stoke on Trent, England.
Image: REUTERS

Manchester United’s perfect start to the season ended with a 2-2 draw at Stoke City, whose battling performance in a seesaw game denied the leaders a fourth successive Premier League victory.

Stoke set out to stretch United with long balls wide and took the lead on 43 minutes when Darren Fletcher found Mame Diouf, whose whipped cross was bundled over the line by Eric Maxim Choupo-Moting.

It was the Cameroonian’s first goal for Stoke and the first United had conceded this season.

United probably spared themselves a halftime dressing down over their poor defending by bouncing back two minutes later with a bizarre equaliser that cannoned into the net off the back of Marcus Rashford’s head from Paul Pogba’s forceful header.

Jose Mourinho’s side have shown their resilience by scoring consistently after the break and took the lead on 57 minutes with Romelu Lukaku’s fourth league goal of the season.

But Stoke would not be beaten and, after Jese had been denied by David de Gea’s instinctive save, Choupo-Moting scored his second with a far-post header from a corner.
United are now joint leaders with Manchester City on 10 points.