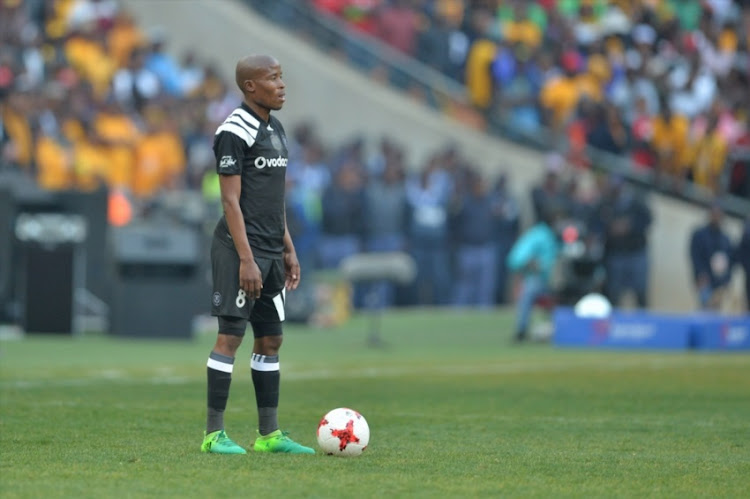 Orlando Pirates are expected to tweak slightly their tactics and personnel for Tuesday’s visit of Cape Town City but Thabo Matlaba‚ after two games in a new role in the midfield‚ is likely to stay there for the foreseeable future.

“Last season the midfield of Pirates was porous and this was the reason why Pirates conceded 40 goals and why we scored less than 30‚” said coach Milutin Sredojevich in the build-up to the game at the Orlando Stadium where Pirates seek to keep up their unbeaten start to the season.

“With that in mind‚ you know you need to organise your midfield and Matlaba gives us a great balance between two play makers‚ Musa Nyatama and Mpho Makola.

"We will see in the future what happens with him (Matlaba) there but his ability to provide us with cover at left back‚ right back and the middle is something other coaches would die for.”

It is a return to Orlando for rookie City coach Benni McCarthy who helped the club win the Premier Soccer League title in his last second last season as player in 2012.

Sredojevich said of McCarthy: “He had great playing experience but is still new to the coaching business.

Midfielder Oupa “Ace” Manyisa says his decision to join Mamelodi Sundowns was motivated by a desire to take his game to another level at an ...
Sport
4 years ago

"But even if he just remembered one point from each of the coaches he has worked under‚ his coaching future in this country would be secure.

“Last season the club did very well and when some people were expecting a downfall for them‚ Benni has put them together very well and they are into the MTN8 final.

"With that in mind‚ we will need to respect them whenever they have the ball but when we have the ball‚ we must show them elements of arrogance.”

Last season’s two league meetings between the clubs both ended in draws. - TimesLIVE