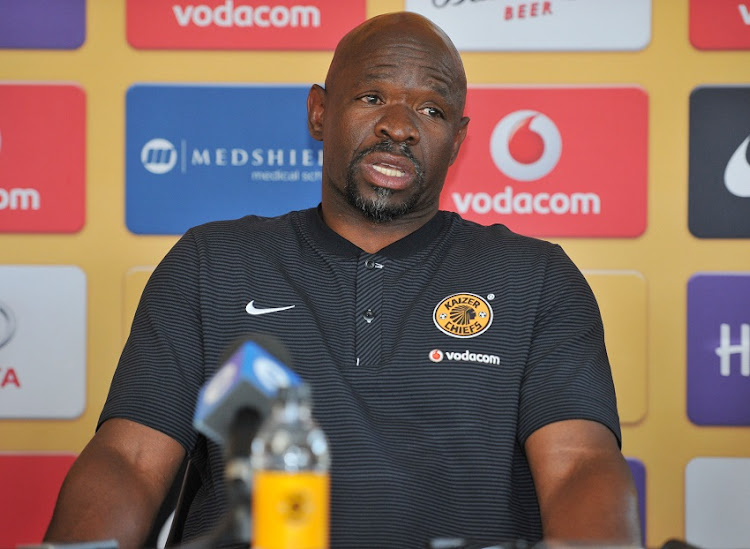 Kaizer Chiefs coach Steve Komphela is a little apprehensive about Baroka FC’s unpredictable style of play as the two sides square up for what should be a fierce battle for the three Absa Premiership points at stake at Moses Mabhida Stadium in Durban on Saturday evening.

The two sides meet in an intriguing league encounter that has been spiced by Chiefs legend Doctor Khumalo‚ who left AmaKhosi after 31 years as a player and coach with the Soweto giants and took up a position as technical director of Baroka FC in August.

“Each team has its own way of doing things and Baroka are full of energy and the unpredictable part is one their strength‚" Komphela said.

"But‚ on the other hand‚ I have no right to say how they must approach the game.

“In fact‚ how you win matches is about being unpredictable (to your opponents).

"I must say though that we are ready for them.

"They haven’t changed from how they played (in the previous season).

“Whether they play (Sipho) Moeti‚ (Lucky) Nguzana or (Gift) Motupa you still feel the same energy.

"Their new players have certainly added another dimension to their play.

"The squad they’ve assembled is very decent and very much improved from what they had last season.”

Doing some homework on the Limpopo team that they’ve failed to beat in previous encounters is critical for Komphela‚ especially taking into account how Baroka - who battled relegation in their first campaign in the topflight last season - have began the current campaign.

After the completion of the sixth round of league matches at the weekend‚ Bakgaga were sitting in an unusual second position on the log on goal difference after winning three and drawing three.

Talking about Baroka’s promising start to the season‚ Komphela gave some credit to Khumalo.

“Doctor’s influence is very clear and he will obviously help them with some information on us‚" Komphela said.

"He’s certainly had some influence in Baroka… there’s no doubt about that.”

Chiefs are not too far from the summit and a win on Saturday would see them equaling Baroka’s 12 points.

“We are going there (Durban) to win‚ notwithstanding our previous record against Baroka.

"Anything less than three points will not help us‚” said Komphela.

No major changes are expected in Komphela’s team‚ with left back Tsepo Masilela and right back Ramahlwe Mphahlele still out with long-term injuries.

Komphela emphasized the importance of winning matches at home having only attained two points from a possible nine at home this season.

“We have no option but to win matches at home‚” said Komphela‚ who is concerned about the kind of support they get at FNB Stadium.

“To win the league you’ve got to collect at least 10 points for every group of five matches.

"One thing that we wish to see is the same ambiance we get when we play far away from home‚ whether we are in Durban‚ Nelspruit or wherever.

“But I know the only way we can bring that up is winning wherever and whenever we play.

"We’ve got to win first to attain the kind of support we’re eager to see at FNB.

"We cannot invite the fans. The invitation can only be extended by winning.” - TimesLIVE