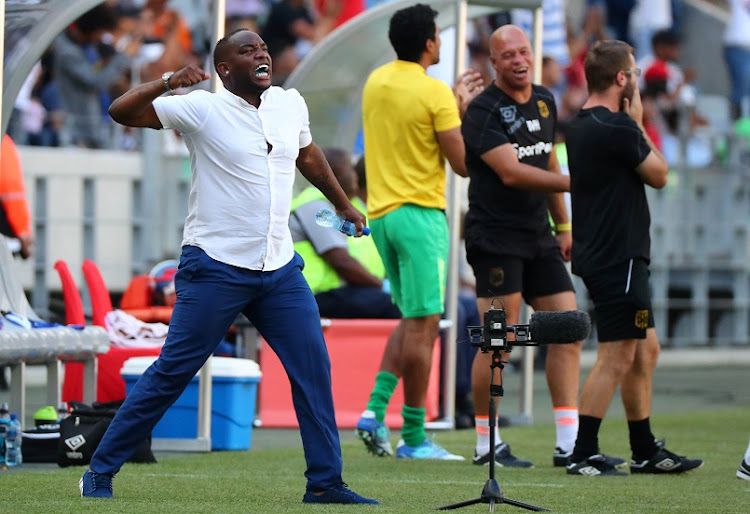 An unhappy Benni McCarthy is threatening to come out of retirement at the age of 40 to show up his Cape Town City players for their lack of scoring acumen after a limp 1-0 win over Swazi opponents Young Buffaloes in the African Confederation Cup on Tuesday.

The rookie coach was angry at a myriad of missed chances and felt a victory by three or four goals would have been a more appropriate scoreline against the hapless Swazis.

“It gets a bit frustrating when you stand on the sidelines and you see that your team does create numerous chances against all the opposition that we play but we can’t seem to score goals‚" he said.

"I honestly don’t know what to do anymore.

“If I must go for liposuction maybe and get myself to play.

"Maybe that will do the trick because the players will be a bit embarrassed by a 40-year-old taking their place and actually doing unbelievably well because I back myself.

“I could do better than what a few of them are doing.

"Not that I am putting them down but it is just happening now far too often.

"I don’t know what to say or what to do anymore.

“Our trainings are almost all consisting on attacking and scoring goals.

"They (players) can never complain that they don’t do enough of it but then it comes to game time and … ‚” he tailed off‚ throwing up his hands in frustration.

McCarthy did field a fringe side with 10 changes from the game at Soccer City at the weekend where they lost narrowly to Kaizer Chiefs.

“It was a great opportunity to make some changes and give some of the guys who haven’t played enough games a chance to catch up and get some fitness and get some game time in a good competitive game.”

Tuesday’s 1-0 scoreline added to a 1-0 win away in the first leg at the Somhlolo Stadium earlier this month for an aggregate triumph and a place in next month’s second round.

“The first leg was difficult because it was the first time we had played on artificial pitch and we didn’t know enough about our opponents.

"They were pretty organised but the challenge was more getting used to the pitch and the conditions.

"All those black bits (the rubber from the artificial pitch) in your boots and in your socks. It was a bit uncomfortable.

"That was the biggest challenge. We were lucky to score an away goal.

“Today I gave them (the players) a bollocking because when you get opportunities‚ you have a chance to show yourself‚ get goals‚ take the chances and get used to scoring goals.