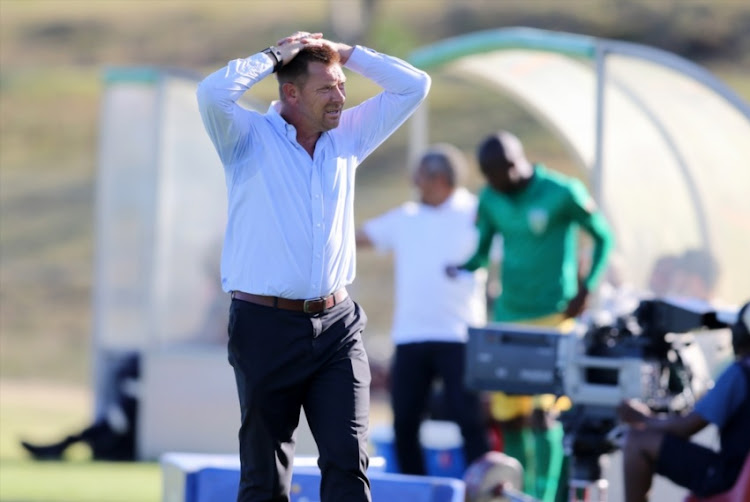 SuperSport United have parted ways with coach Eric Tinkler, the club have announced.

Matsatatsantsa made the announcement on their official Twitter page on Friday evening.

SuperSport CEO Stan Matthew was quoted as saying: “We decided to accept Eric’s resignation today. Clearly, the League results achieved have not been up to the standards we set for ourselves.

“We have 17 consecutive top 8 finishes under our belt, so to be in the position we currently find ourselves is not easy to accept. We believe in the group of players we have, in their playing ability as well as their desire to fight for the club.

“We wish Eric well in the future and thank him for his contribution in adding the MTN8 trophy to our cabinet, during his short spell at the club.”

Tinkler said: “"I believe we can turn things around but the only way of getting out of our current position is to have a fully unified and committed response from the players and I haven’t been able to get that from them, so it seems best for all parties that we part ways.

.@SuperSportFC have agreed to release Eric Tinkler from his contract with immediate effect following his resignation as Head Coach earlier today #SkeemaMatsatsantsa

Under the former Bafana Bafana midfield star SuperSport reached the 2017 Caf Confederation Cup final, where they lost against TP Mazembe of Democratic Republic of Congo.

However their form in the league has since suffered, and currently the Pretoria team are in 12th place in the Absa Premiership.