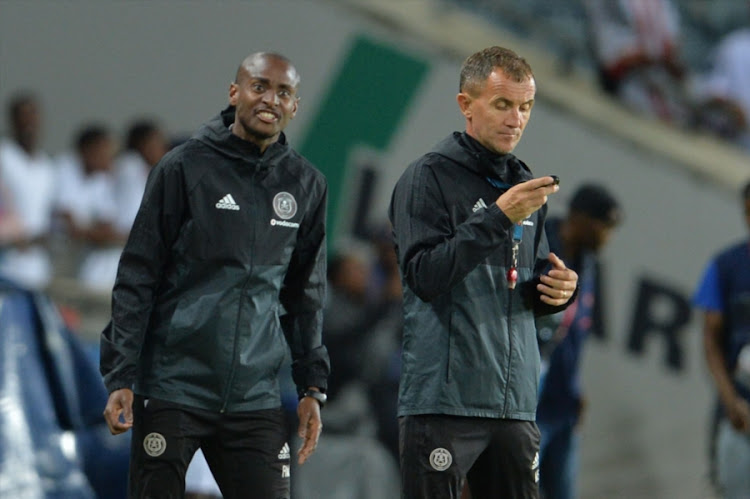 Orlando Pirates coach Milutin Sredojevic insists that finishing second is nothing special for the Buccaneers.

“This is normal‚ we don’t believe that we have done anything special‚" he said after second place in this season’s Absa Premiership for his club was confirmed on Saturday.

"This is the standard and above that is supposed to be Orlando Pirates identity.”

Pirates still had remote hopes of becoming champions going into the penultimate round of the season but with Mamelodi Sundowns beating Ajax Cape Town and Pirates losing at Cape Town City‚ the top two placings were confirmed.

“If our conversation rate in the first half of the season had been better‚ we could have gone one step further‚ but we need to say that we grew up as the season went on‚" he said.

“So‚ we shall take this as a rebuilding process‚ as a process that has seen us look for stability in the second half of the season and we have proven ourselves.

The Mamelodi Sundowns machine - the finest team seen in the Premier Soccer League era - are Absa Premiership champions again, wrapping up the title ...
Sport
3 years ago

"We have won 32 points from 14 matches in the second half of the season.

“If this had also happened in the first half of the season‚ we would be speaking a different story now.

“But this is how sport goes.

"There is no automatic pressing of Q button and things are working.

“We are in a process and we are happy that we’ve succeeded to rebuild the team‚ instil confidence‚ to make the players mentally strong and to be more aware of what the (Pirates’) jersey means‚” he added.

Last season Pirates had their worst ever season when they finished 11th.

But this time the Bucs have made sure of African Champions League qualification for the 2019 tournament.

“We got 19 more points than we did last season‚” said Serbian-born Sredojevich who took over from the hapless Swede Kjell Jonevret in June.

Second place is Pirates' best position since they won the league in 2012.

The Cape Town Stadium again proved an arena of undoing for Orlando Pirates yesterday (Saturday) as they lost for a third time in the last three ...
Sport
3 years ago

Orlando Pirates’ supporters are among the most demanding in Africa and the world‚ coach Milutin Sredojevic has said‚ though they also recognise hard ...
Sport
3 years ago

Pirates being back in the Champions League is normal‚ says Sredojevic

Orlando Pirates being back in the Caf Champions League should be “normal”‚ Buccaneers coach Milutin Sredojevic has said.
Sport
3 years ago
Next Article