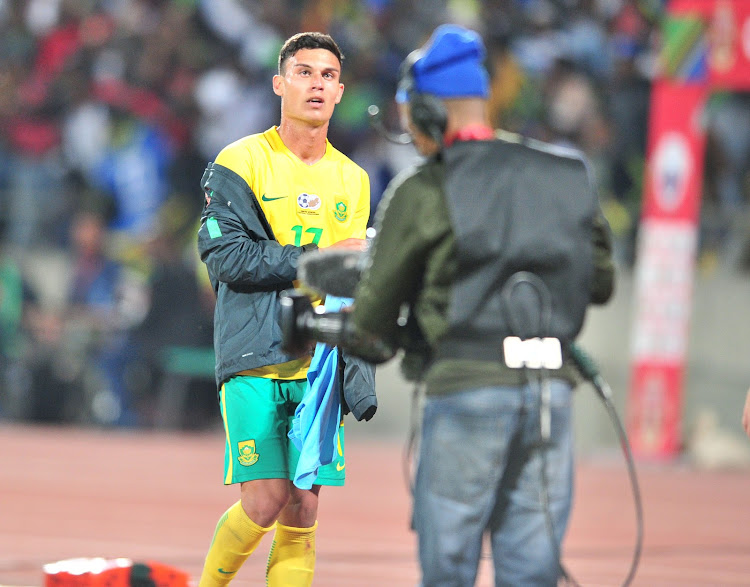 Teenage South Africa striker Liam Jordan is to stay on with Danish second-tier side HB Køge after a successful six-month loan spell in the second half of the last campaign.

The 19-year-old has signed a two-year contract with the club and will seek to kick-start his career in Europe after a frustrating spell in the development ranks at Portuguese side Sporting Lisbon.

Jordan moved on loan to Køge in January and made two starts and seven substitute appearances‚ scoring a single goal.

South Africa will head into camp on Saturday for their 2018 COSAFA Cup campaign‚ heading immediately for Polokwane where the two-week tournament will ...
Sport
4 years ago

But his overall contribution was praised by club officials and he will now work on winning the favour of new coach Morten Karlsen‚ who was appointed to lead the side on Wednesday.

Jordan‚ who is the son of the late former Bafana Bafana striker Keryn‚ made his Premier Soccer League debut at the age of 16 with BidVest Wits‚ but battled to win a first team place.

He spent 18 months on loan at Sporting in Lisbon‚ but could not win a place in the B side there‚ where competition was tough and he was the youngest player in the squad.

He opted for a new beginning at Køge in January‚ and has been rewarded with a permanent contract as he looks to take his career forward.

Bafana Bafana coach Stuart Baxter’s squad for the Cosafa Cup in Polokwane‚ containing some exciting young talent‚ has been released by the South ...
Sport
4 years ago

Jordan made his senior international debut in last year’s COSAFA Cup‚ playing the first hour of a 1-0 loss to Tanzania.

Jordan is currently the only South African in the Danish league‚ where the likes of Sibusiso Zuma‚ Benedict Vilakazi‚ Elrio van Heerden‚ Lebogang Phiri‚ Surprise Ralani and most recently Mandla Masango have all played.

Kaizer Chiefs defender Teenage Hadebe is to rest his ankle in the coming weeks after pulling out of Zimbabwe’s provisional squad for the COSAFA Cup ...
Sport
4 years ago

Manchester United are to send scout Omar Sciolla to the COSAFA Cup this year as the English Premier League giants run their eye over the talent on ...
Sport
4 years ago

Striker Knowledge Musona set for a return to South Africa

Former Kaizer Chiefs striker Knowledge Musona could be headed back to South Africa to spearhead a formidable Zimbabwe squad at the COSAFA Cup that ...
Sport
4 years ago