Highlands Park boss admits they made a blunder firing Freese 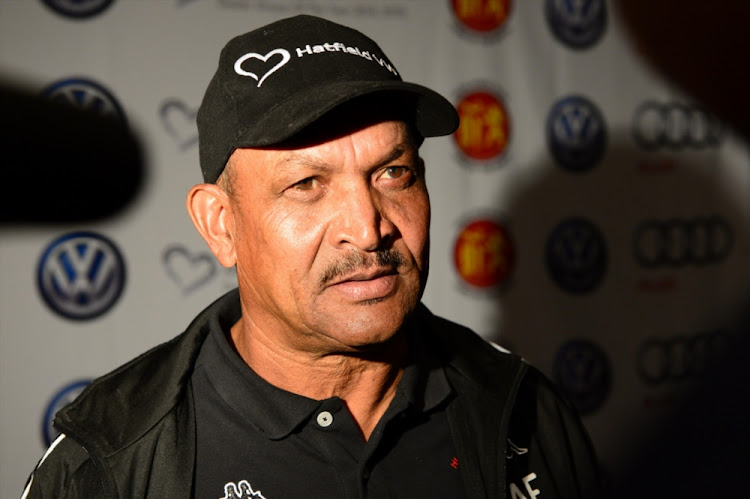 Highlands Park CEO Larry Brookstone has forthrightly admitted that firing Allan Freese as coach in the 2016-17 season where the club were relegated from the Premier Soccer League was a mistake.

Freese was fired when Highlands‚ vastly inexperienced in the PSL‚ seemed to panic after a 4-1 defeat against SuperSport United in their fifth game.

Park’s results until then had not been overly poor – especially for a team who had been promoted through the playoffs‚ a serious disadvantage for a side already grappling with the higher level of the PSL‚ as it meant there were less players available to sign.

They had begun the 2016-17 season beating Baroka FC‚ losing against Kaizer Chiefs and Polokwane City‚ and drawing against Cape Town City.

Brookstone was asked about the safety of his current technical team – head coach Owen Da Gama‚ assisted by Freese‚ who returned to the club in their runaway season being crowned National First Division (NFD) champions last season – on the side’s return to the PSL.

Highlands Park wanted to bring in youthful players with a hunger to prove themselves‚ who could serve the club with longevity‚ CEO Larry Brookstone ...
Sport
2 years ago

Despite Ajax Cape Town's ongoing court battle to be reinstated back to PSL‚ the league revealed that the MTN8 will kick-off on Saturday August 11 ...
Sport
2 years ago

“Look‚ you must bear in mind that Owen and I go back a long way.

"We got promoted from the Vodacom League to the NFD to the PSL‚ to getting to the Caf Champions League‚” Brookstone said‚ referring to when he was chairman of Silver Stars‚ and Da Gama coach‚ in the 2000s.

“So I’ve got no reason to replace Owen‚ or Allan‚ or any of the technical team. It’s not anything that I think about.

“The biggest issue is for us is to be competitive.

"And once we’ve been in the league for four or five games we can assess our competitiveness‚ and start setting goals.

“But I don’t want to be presumptuous and start saying that we’re going to do this‚ or do that or do the other.

“But‚ if the question is: ‘Are we going to change the technical team?’ Definitely not.

“You know‚ we made that mistake the last time.

"Allan was given a very difficult task and it was virtually impossible for him to do it at that point.

“We made a decision prematurely. We acknowledge that we made a mistake. We told him [Freese] so‚ and we brought him back.

“And he was gracious enough‚ and magnanimous enough‚ to come back to the club.

“So I don’t think that’s a mistake that we would want to repeat.”

Highlands open their 2018-19 season against Orlando Pirates at Orlando Stadium on Saturday night.