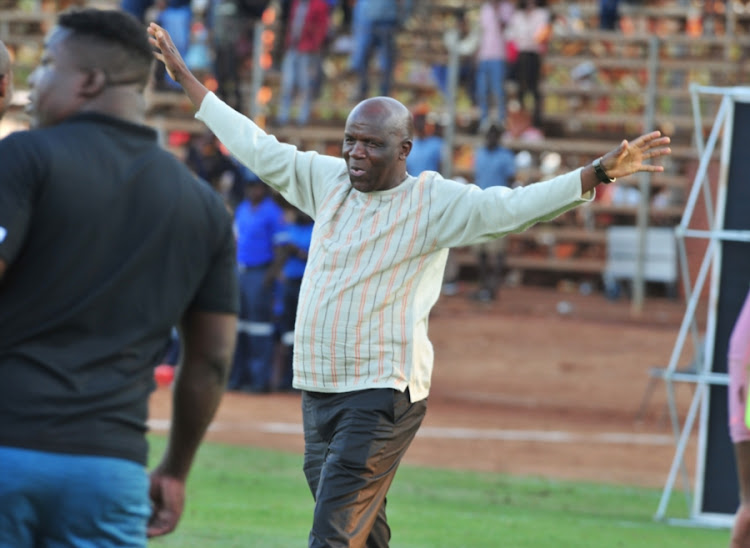 Black Leopards owner and chairman David Thidiela celebrates with fans at Thohoyandou Stadium on May 16, 2018 after his team won the National First Division championship to gain promotion to the Absa Premierhsip.
Image: Philip Maeta/Gallo Images

The National Soccer League (NSL)‚ which administers the Premier Soccer League (PSL) have also undertaken to take disciplinary steps against Thidiela once he has been given a chance to respond at an executive committee and board of governors meetings on Thursday.

Safa‚ the body that administers refereeing in SA‚ said in a statement on Tuesday that they were “disappointed by Mr Thidiela’s flagrant abuse of the match official”.

An audio clip of Thidiela’s alleged abuse of Hlungwani following Leopards’ 1-0 Absa Premiership defeat against Bloemfontein Celtic at Thohoyandou Stadium on Sunday has done the rounds on social media.

Thidiela is heard to threaten Hlungwani and make tribal references.

“As SAFA‚ we are disappointed by Mr Thidiela’s flagrant abuse of the match official‚ an attack peppered by open tribal undertones.

“This behaviour by the Leopards owner is against the basic norm of a football match as enshrined by the world governing body FIFA’s Fair Play. Any intimidation on match officials by a club owner will‚ under no circumstances‚ be tolerated.

“We have requested the referee‚ Mr Hlungwani to prepare his report upon which we will begin instituting disciplinary measures against Mr Thidiela.”

Thidiela’s rant came at the final whistle of his team’s defeat on Sunday.

In the audio Leopards’ chairman‚ a member of the PSL’s executive committee (exco)‚ is heard to say: “I allow a mistake to happen at the ground. A mistake can happen to anybody. But this – this is not a mistake. It’s following me.

“I’m giving you the last warning. You come here at your own risk. I’m saying this before [in front of] the media.

“ … Hlungwani‚ please we can do without you. I’m asking you‚ please‚ my brother‚ don’t come. Wherever we [Leopards] are playing‚ don’t go. Go and do the other games.

“I’m going to write a letter to the league. It will also go to Safa. I’m going to also tell [Safa president] Danny Jordaan.”

Thidiela could also be heard shouting: “He’s a Shangaan‚ Shangaans do this.”

The Premier Soccer League (PSL) are set to refer Black Leopards chairman David Thidiela to their prosecutor‚ Nande Becker‚ for a rant made at referee ...
Sport
2 years ago

I have no mandate‚ says Black Leopards coach Joel Masutha

Having spent five years in the NFD since their relegation from top-flight football‚ you would expect promoted Black Leopards to have set early season ...
Sport
3 years ago