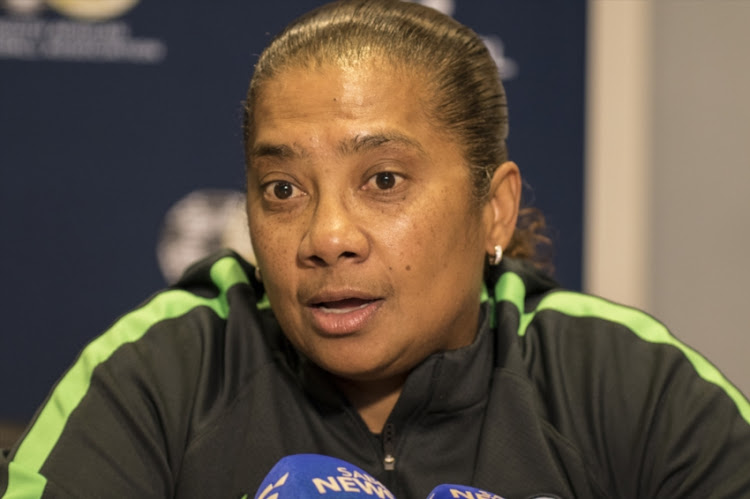 Banyana Banyana coach Desiree Ellis says she is proud of the performance her charges put up against Cameroon as they retained their Cosafa Women’s Championship title at Wolfson Stadium in Nelson Mandela Bay on Saturday.

The 3-0 victory saw Banyana not only lift the regional title but also provided a boost in confidence ahead of the crucial 2018 African Women's Championships to be held in Ghana in November.

The event also serves as a qualifier for the Fifa Women's World Cup in France next year.

"We knew that it was going to be tough and without the doubt they have a lot of quality within their team‚" she said.

"This is the type of preparation we were looking for coming towards the Afcon."

Ellis was not shy to credit the visitors for their gusty performance and forcing the Banyana defenders to stay awake throughout the 90 minutes.

"There are a lot of T's to be crossed and I's to be dotted‚ but you know we are on the right path and they really came hard and put a big fight on us‚" she said.

"Tactically they were very good‚ so we also need to change a bit.

"The beauty is that we never stopped playing.

"And also consider that there were times where we also did not concentrate on our defense‚ and that’s the good side that they are.

"Should you give them a space they will punish you.

"That has given us a really really good preparation.

"I think with both Cameroon and Uganda coming here‚ I think especially Cameroon they've raised the level very high in the football‚" she said.

The Banyana coach admitted that her side stuck to their game plan but failed to grab opportunities due to their failure to convert their goal-scoring opportunities.

"We are going to make sure that we work in all areas‚" she said.

"We are not too specific but upfront (our strikers) are still not putting chances away and it is still an area of concern.

"But I think when you are working as a team‚ you want all the areas to find tune and that's one thing we are working on."