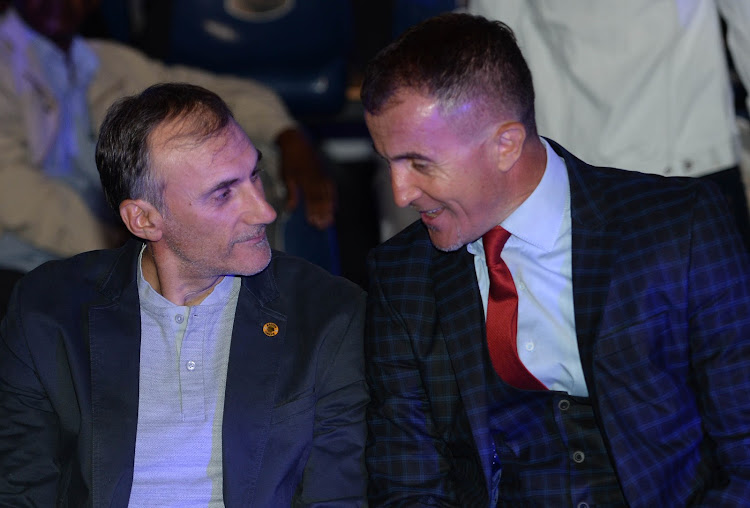 Kaizer Chiefs and Orlando Pirates resume their rivalry when the two most popular sides in southern Africa face off in the Absa Premiership at FNB Stadium on Saturday.

Below are fun facts and figures from SA’s grand ‘Classico’ as Chiefs and Pirates get ready to meet in the latest installment.

*Chiefs have 210 Soweto derby goals while the tally for the Bucs is 172.

*Pirates are unbeaten in the last nine derbies‚ which is their longest unbeaten run against Chiefs but are still short of the 11-match unbeaten run Chiefs had against Bucs between May 1985 and November 1988.

*Pule ‘Ace’ Ntsoelengoe scored a record 19 times in the derby matches for Chiefs‚ way ahead of Nelson ‘Teenage’ Dladla and Abednego ‘Shaka’ Ngcobo on 11. Pirates’ top scorer in the derbies is Jomo Sono with nine goals.

*The majority of the derbies have now been played at FNB Stadium with a total of 64‚ compared with 59 for Orlando Stadium.

The last 10 derbies have been at FNB Stadium with the Moses Mabhida Stadium the last other venue to host the derby when the two clubs met in the MTN8 final four years ago.

*The last player to score a hat trick in the Chiefs v Pirates derby was Jerry Sikhosana‚ who got three in Pirates’ 4-1 win in November 1996.

*The fastest goal in the history of the derby match came after just 19 seconds from Mabhudi Khenyeza for Chiefs in Durban in November 2007.

*Alfred ‘Russia’ Jacobs and Fani Madida hold the distinction of having scored in four successive derbies. Jacobs’ quartet came in 1970 and 71 and Madida in 1991 and 1992.

*The record for the most number of derby matches in a single season was set in 1975. That season the two sides met eight times inside 12 months‚ twice in the league; in the two legs of the Champions of Champions final; the semifinal of the first-ever mixed tournament‚ which was also called the Champion of Champions; the Life Challenge final and the BP Top 16 semifinal‚ which also necessitated a replay.

*Chiefs and Pirates have only been involved in an official cup competition penalty shoot out three times‚ in 1975‚ 2006 and 2010 with Chiefs winning all.

*Chiefs and Pirates are among the only three SA clubs to have won a title in African club competition. Mamelodi Sundowns won the 2016 Caf Champions League and went to win the Caf Super Cup.

*There have been nine own goals only in the previous 146 derbies – the first from Orlando Pirates fullback Michael Yende in 1971 and the last from Tsepo Masilela.

*The last coach to have sat on the bench of one of the derby teams having previously in his career‚ coached the other side was Vladimir Vermezovic. Others have included Kosta Papic‚ Walter da Silva‚ Ted Dumitru‚ Augusto Palacios and Joe Frickleton

*Herman Blaschke‚ the Namibian-born‚ was the first foreigner to score in the derby between Chiefs and Pirates‚ in 1975. Later the same year Zimbabwean Ebison Mugoyo also got a goal for the AmaKhosi. The last foreigner to score in a derby was the Colombian forward Leonard Castro who got the consolation for Chiefs in the last derby in March.

*Chiefs’ keeper Joseph ‘Banks’ Setlhodi slotted home four penalties in derbies in both 1971 and 1972‚ the only goalkeeper to score in the derby.

Kaizer Chiefs are in a race against time to get key players fit for the weekend’s Soweto derby after they limped over the line against Black Leopards ...
Sport
3 years ago