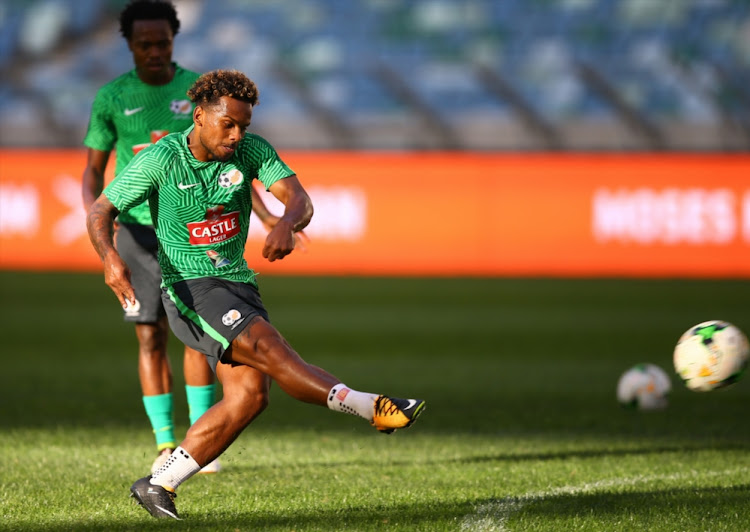 Kermit Erasmus is returning to the Premier Soccer League after Cape Town City added him to their squad‚ announcing his signing on Wednesday.

He will be available to play from next month when the transfer window opens.

Erasmus put pen to paper at the start of the week and arrives as the club have let Tokelo Rantie go without playing a game.

Dope video to announce the signing of Kermit Erasmus by Cape Town City... Big name for the Citizens. pic.twitter.com/09SVVsMGY1

Erasmus has been at Vitoria Setubal in Portugal after a brief spell in Sweden but was told he could  go on free transfer at the end of the month.

City is his third club in the last six months but he does not fall foul of the FIFA rule restricting players from competing for three clubs in a single season because the season in Sweden is from March to November.

Erasmus was introduced to his new teammates on Tuesday night after City drew with Chippa United at the Athlone Stadium.

City are  still trying  to solve their goal scoring problems and  have scored 17 goals in 13 league games as they sit in eighth place in the standings.

The 28-year-old Erasmus left Orlando Pirates in 2015 to join French club Rennes but made just two substitute appearances for the Ligue 1 club.

He was later at Racing Lens‚ Eskilstuna in Sweden and lastly in Portugal‚ where he had seen no game time.

He has scored 32 PSL goals in his past stints at SuperSport United and Pirates‚ for whom he netted twice as they beat Bidvest Wits 3-1 in the 2014 Nedbank Cup final.

Rantie has not won his battle against the bulge and been let go by City amid concerns over a drinking problem‚ according to officials.

He had been training with the club since September but was never able to bring his weight down despite extra training and special dietary programmes.

Ex-Bafana striker Rantie has been out of the game for more than a year now and City are upset he did not grab the chance to revive his career.

Racism on the soccer field is in the spotlight once again.
Sport
2 years ago

Cape Town City squandered much needed points as they let an early lead slip and were held to a 1-1 draw in the Premier Soccer League at the Athlone ...
Sport
2 years ago

Kaizer Chiefs are to take their Caf Confederation Cup tie to Durban at the weekend while Mamelodi Sundowns have finally got clarity on their plans ...
Sport
2 years ago