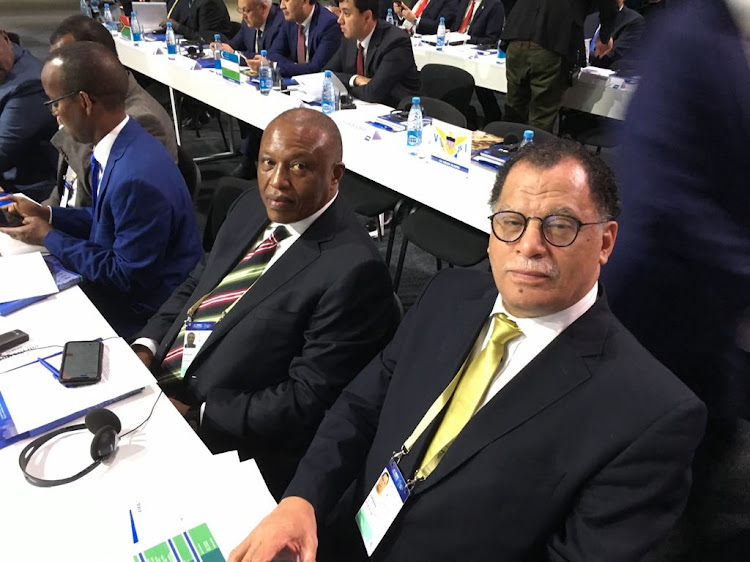 The Premier Soccer League is to shortly make a decision on a request from the SA Football Association (Safa) to postpone games ahead of the vital qualifier against Libya to give Bafana Bafana coach Stuart Baxter more time to prepare.

Safa had written to the league seeking a postponement of matches on the weekend of March 15-17 so that the national squad could go into camp earlier ahead of their last Group E qualifier where they must avoid defeat to go.

“The league has received the request and it was discussed at last week’s Board of Governors’ meeting‚” said PSL spokesman Lux September.

“The league will make an announcement in the next days‚” he added‚ “after we have completed talking to all the stakeholders like the clubs‚ sponsors and broadcasters.”

Sources say Baxter is likely to be granted his request with matches involving Bidvest Wits‚ Cape Town City‚ Kaizer Chiefs and SuperSport United moved to other dates as the fixture list is reshuffled.

But the benefit would seem debatable because Baxter will not be able to get his overseas based players early nor those from Mamelodi Sundowns and Orlando Pirates‚ who are playing their last African Champions League group games on Saturday March 16.

To make matter worse Sundowns will be in Morocco and Pirates in Guinea and their players‚ who are in the Bafana squad‚ face lengthy travel and will not be able to get back before Monday‚ March 18‚ when the FIFA window for international matches starts and Baxter would ordinarily have got his players.

The PSL have been put in a tight corner by the SAFA request‚ according to officials‚ and will not want to be blamed for not helping the national cause should Bafana lose to Libya and fail to qualify for the 21019 Nations Cup finals in Egypt.

“It will be a political decision with the league stuck between a rock and a hard place‚” one officials told TimesLIVE on condition of anonymity.

The game against Libya is yet to be fixed but will be on ether Friday March 22‚ Saturday Match 23 or Sunday‚ March 24.

The venue will be either Egypt or Tunisia because Libya’s tenuous security situation means they are banned from hosting international matches.

Baxter wants more time to work with his players for the vital away game where if South Arica lose they will miss out on qualification for the 2019 finals in Egypt.

Bafana need only draw the game but it promises to be an intimidatory affair against a Libyan side‚ who are mainly home-based and therefore able to hold their own extensive camp before the encounter.