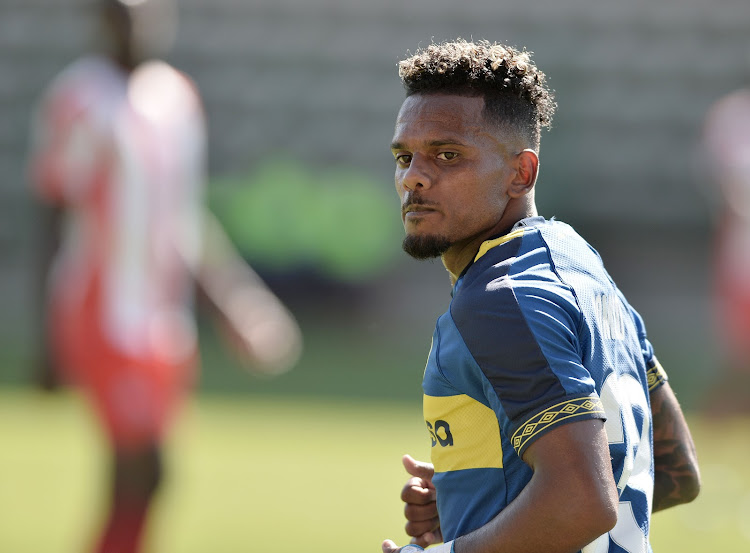 Bafana Bafana’s all-time leading goal-scorer Benni McCarthy has backed striker Kermit Erasmus to force his way back into the national team fold just in time for this year’s Africa Cup of Nations (Afcon) in Egypt.

Erasmus has played very little football over the past three seasons owing to unsuccessful stints at European clubs since leaving Orlando Pirates for France in 2015.

The Port Elizabeth-born striker is‚ however‚ on a mission to regain full match fitness and resurrect his career since joining Cape Town City on a three-year contract in December.

Since his move to Cape Town‚ Erasmus has contributed with two goals in five appearances in all competitions‚ both strikes coming in his lat two games‚ as he rediscovers his scoring touch amidst getting vital playing time.

Cape Town City are "not championship material yet"‚ said The Citizens coach Benni McCarthy after his team's dramatic come-from-behind 3-2 Absa ...
Sport
3 years ago

City coach McCarthy said Erasmus has set himself a goal to return to Bafana and is working hard towards that.

The City coach said with a few more goals in the coming weeks‚ national team coach Stuart Baxter will find it difficult not to include the striker in his sqauad.

“Imagine having a front three at Bafana Bafana with Kermit Erasmus‚ Lebo Mothiba and Percy Tau. Jesus – it’s frightening‚” said McCarthy‚ who himself wrote his name in national team folklore with his record 31 goals in 80 appearances.

“So yeah it is work in progress [to return to Bafana] for him.”

Saturday March 2‚ 2019‚ began like any other day in East London and there was no hint to the mayhem and tragic scenes that would see Siphiwo “Mawawa” ...
Sport
3 years ago

Bafana play Libya in neighboring Tunisia in their final Afcon qualifying match needing to avoid defeat to qualify for the 24-nation tournament that will be staged in Egypt from June 21 to July 19.

That game though may come too soon for Erasmus but McCarthy revealed that the striker certainly harbours ambitions of cracking the nod for Baxter’s final Afcon squad.

“[Making the Afcon squad] is the intention and he has got a good run of games [between now and then] to sweat it out and give these kind of performances every game and target to make it a goal‚” McCarthy said.

“If he can score two or three goals in the mix [in the coming weeks] then he has got to go for it because I think with him putting in performances like this‚ keeping his scoring tally ticking‚ it is impossible for coach Stuart Baxter to ignore him.”

The last time Erasmus was in the national squad was in June in the opening Afcon qualifying round against Nigeria in Uyo‚ which Bafana won 2-0.

Erasmus will be hoping to continue with his form when City host Mamelodi Sundowns at Cape Town Stadium on Tuesday night (kickoff 7.30pm).

Victory for McCarthy's side will see them cut Sundowns' lead at the top to just one point with seven matches remaining.

City are fourth on the Absa Premiership table with 36 points after 22 matches while Sundowns leads the pack on 40 points having played a game less than the Citizens.