Itumeleng Khune on viral video: 'I will not fall' 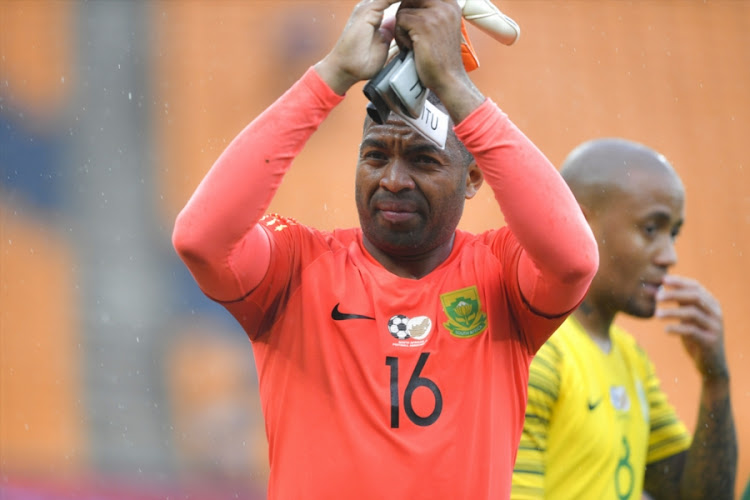 "I will not fall my friend." This is what Kazier Chiefs goalkeeper Itumeleng Khune had to say in response to a fan who took to Twitter to show his support amid the viral video involving the soccer player.

Although Khune has not released a statement on the video, he did respond with the single message.

I won’t fall my friend 😉

Ever since the video surfaced, Twitter has been divided as some show support for Khune while others have slammed him.

The video shows Khune flashing his bank card and saying "I will buy this tavern."

Musician Mahoota, who is friends with Khune, has since come out to say that he is the one who took the video and he sees nothing wrong with it.

Itumeleng didn't hurt anyone leave him alone, doesn't he deserve to fun and spend his money on whatever he feels like? Stop dragging a successful person down #Itumelengkhune

Hands off #ItumelengKhune So many self righteous people on these Twitter streets acting like having fun is a crime. La bora

that's what happens when you don't have a good, strong woman next to you, Khune is a role model, and in his profession, alcohol is prohibited and he knows it too, to drink in public was his first mistake, he can drink but at home where we do not see him...