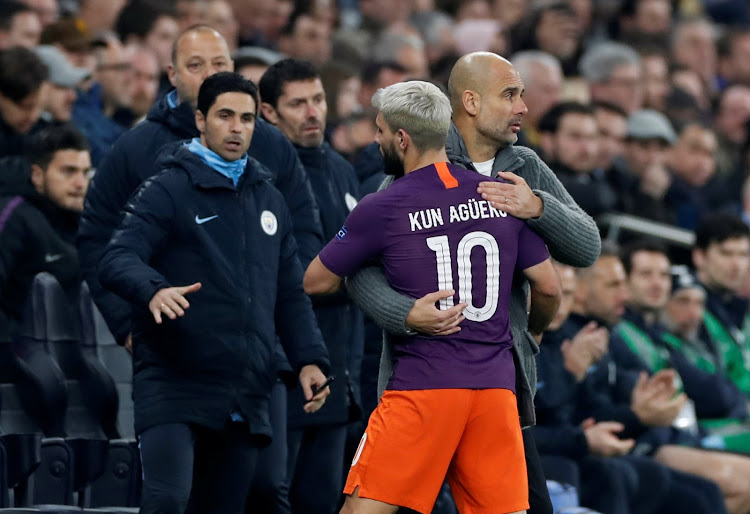 City had lost only once in their past 23 matches in all competitions, a run that had seen them lift the League Cup, reach the FA Cup final and trade top spot in the Premier League with Liverpool in a thrilling title race.

They controlled large periods of the game against Tottenham, but looked vulnerable to the counter-attack and their usual slick passing occasionally seemed laboured.

The quadruple remains possible but City will have to keep alive their European hopes the hard way -- having not overturned a tie in which they have lost an away first leg since 1971.

Durban will host its second Nedbank Cup final in three years after the Premier Soccer League (PSL) on Tuesday announced Moses Mabhida Stadium as the ...
Sport
2 years ago

They lost 3-0 at Liverpool in the first leg of last season's quarter-final so City's task is less daunting this time.

"Except for a few chances we conceded in set-pieces and some counter-attacks, we controlled the game and played quite well.

"I would have liked us to score a goal but the situation is what it is."

City's cause was not helped by Sergio Aguero's first-half penalty miss after Danny Rose was harshly adjudged by VAR to have used his arm to block Raheem Sterling's shot.

Irvin Khoza defends PSL legal actions as fair and above board

Despite plenty of incursions deep into Tottenham territory, City managed only two shots on target as an attack that put 10 goals past Schalke in the last round misfired.

City also laboured somewhat to beat Brighton & Hove Albion in the FA Cup semi-final at Wembley on Saturday, but Guardiola was not about to start criticising his team.

"When we don't play well I say it, but I don't have that feeling," said the Spaniard.

"They're a team who press a lot but they couldn't do that -- especially in the second half, when we arrived many times in the final third.

"We played so well on the second ball. Next week, hopefully our fans can support us every single minute."