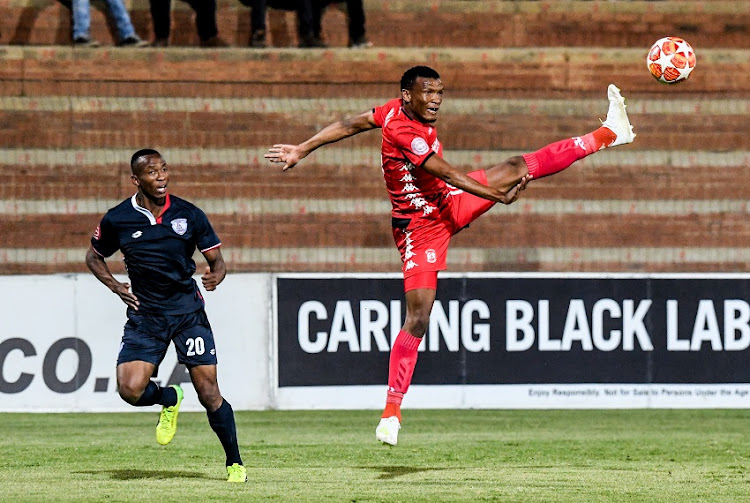 Highlands Park will host Kaizer Chiefs in Tembisa on Sunday without their best player and last season’s top scorer‚ Mothobi Mvala‚ but coach Owen da Gama has nevertheless promised goals and offered no excuses from his side.

The Lions of the North roar into action on the opening weekend of the new Absa Premiership with a home clash against Chiefs at the 10‚000-seater Makhulong Stadium (kickoff 3pm).

“No excuses with us [for not having Mvala]‚” Da Gama told TimesLIVE.

“Mothobi Mvala will not be available because remember he got a red card in the last match of last season and he misses two matches but this gives somebody a chance to play and we are excited about that.”

With Mvala out‚ Da Gama will pin his hopes on new striker Rodney Ramagalela and forward partner Tendai Ndoro to punch holes in the Amakhosi defence.

The former Bafana Bafana assistant-coach said Chiefs will have an edge over his team having been involved in a highly competitive preseason friendly match against Orlando Pirates at the weekend.

“They played in a top preseason friendly against Orlando Pirates and I think Chiefs have got a little bit of an advantage over us‚” Da Gama said.

“I wish we were approaching this match on the same competitive edge but there are no excuses‚ we have worked hard and we have prepared well. I think it is going to be one of the best matches of this coming season.

“Chiefs are a quality side and we will give them the respect they deserve.”

Highlands were the first team to assemble for preseason and Da Gama said although he is happy with the work done in preparations for the season‚ he would have liked to have had more time.

“I would have liked to have done more during our preseason but I’m happy under the circumstances. As a coach you are never really happy with the work you have put in.

“We are the underdogs [against Chiefs] and we know that‚ but people must not write us off because I think the gap has narrowed a lot in the Absa Premiership.”

“There is a very strong possibility that Makhaula may start‚” said Da Gama.

“Obviously I cannot mention that for certain because we have got the opposition watching us.

“I’m playing my cards very close to my chest but there is a strong possibility.”

Da Gama’s side face a daunting start to the new season.

They travel to Pietermaritzburg to face Maritzburg United on August 9‚ just five days after the Chiefs clash‚ and have an MTN8 quarterfinal date with Orlando Pirates on August 11.