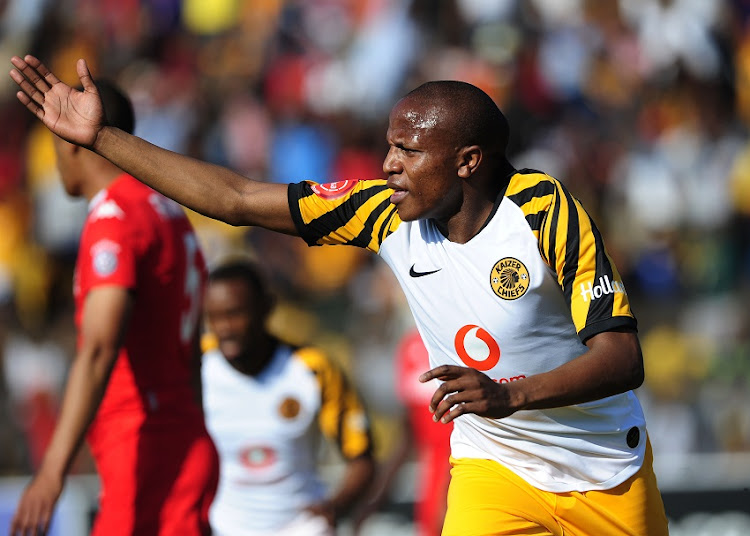 Eric Mathoho’s deflected shot late in the match sent the 10,000 strong crowd into raptures at Makhulong Stadium as Kaizer Chiefs won a five-goal thriller in Tembisa on Sunday afternoon.

After opening the scoring as early as the sixth minute through a headed goal by man of the match Lebogang Manyama, Chiefs had to come from behind twice and were made to sweat for their 3-2 victory.

Chiefs were poor in the first half as Highlands dominated the shots at goal column. But they showed immense improvements in the second as Ernst Middendorp introduced Dumisani Zuma for the ineffective Kearyn Baccus after the restart.

The German coach cut a frustrated figure and hardly sat on his bench as a lukewarm Chiefs side, with three of their new recruits in the starting lineup, struggled for fluidity and rhythm.

With tackles flying in the second half as Chiefs pushed for the winner, Middendorp was nearly sent to the stands after he had a heated exchange with the match officials.

Highlands twin strikers Rodney Ramagalela and Peter Shalulile were a thorn in the Chiefs defence and were duly rewarded with a goal apiece.

Chiefs were first to get onto the score sheet as early as the sixth minute as Manyama headed home the opener.

Ramagalela equalised mid-way through the first half to register his first goal for his new club.

The equaliser looked to have energised the home side as they camped in the Chiefs half and could have gone into the half time break ahead with Ramagalela and Shalulile wrecked havoc in the visitors’ defence.

Namibian striker Shalulile got at the end of a loose ball in the Chiefs box and poked home his first of the season to make it 2-1 to Highlands.

But the lead was short-lived as Manyama showed composure inside the Highlands box with a well placed shot that gave keeper Marlon Heugh no chance to complete his brace.