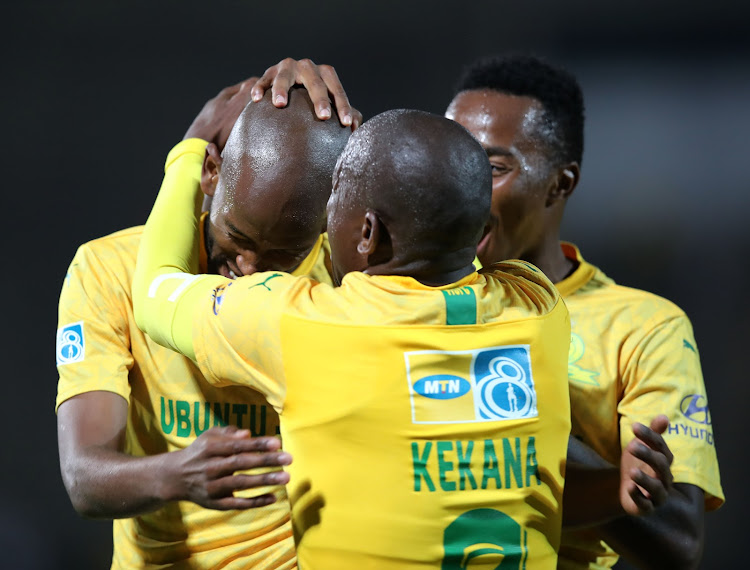 Mamelodi Sundowns started slowly, and went behind, but then maximised their liveliness as they eventually ran out 3-1 winners against Bloemfontein Celtic in their MTN8 quarterfinal victory at Lucas Moripe Stadium on Saturday night.

Ndumiso Mabena had put Celtic ahead with a well-struck free-kick in the 57th, as the visiting team profited from a flat opening hour by the Brazilians.

Themba Zwane's penalty from which the Bafana Bafana winger slotted in the 74th minute seemed to have been softly awarded.

But Downs took full advantage, and goals from Mosa Lebusa in the 80th minute and lively substitute Keletso Makgalwa in the 88th secured the victory.

Sundowns were flat in the first half. They had started with some promise though.

The manner in which their first half-chance, in just the third minute, was provided by both fullbacks, was a display of the expansiveness Downs are capable of. 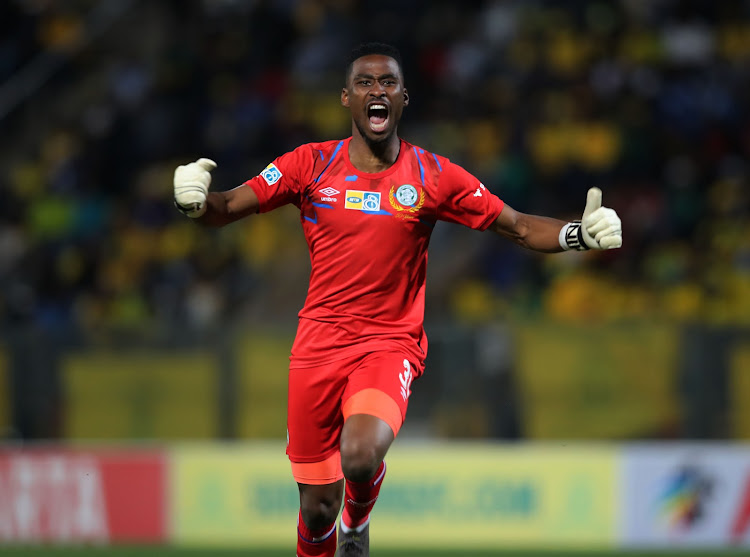 Thapelo Morena's cross from the right found the late run into the area of left-back Tebogo Langerman, who was free, but could not control.

From there, Sundowns drifted as Celtic seemed content in the opening half to spoil.

In the 25th minute Morena, almost a winger with his darting runs around the area, made ground on the right and shot hard at young goalkeeper Sipho Chaine - a late replacement in Celtic's XI for Jackson Mabokgwane - pushing for a corner.

But Downs had not stamped their authority in the opening 45 minutes. And Celtic had looked dangerous and capable of creating chances in the final third, when they got there.

Not long into the second half Siwelele earned a free-kick in a good scoring position.

In-form Mabena struck it well, with a good swerve, though goalkeeper Denis Onyango would normally expect to do better having thrown himself across for a touch. 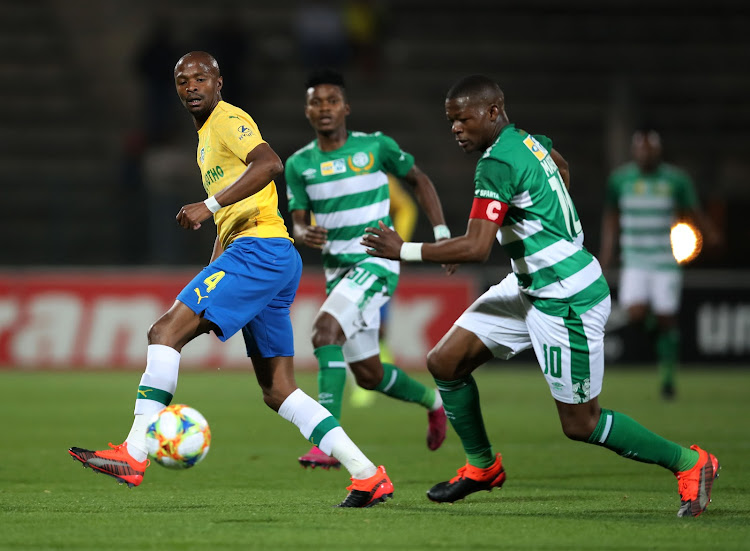 Sundowns earned a lifeline when Makgalwa, on moments earlier for Gaston Sirino, seemed to go down easily under the challenge of centreback Mzwanele Mahashe on the right of Celtic's box.

Referee Philankosi Khumalo pointed to the spot. Zwane stepped up and struck crisply to the left of Chaine.

It became a convincing win for Sundowns when the dangerous little runner Makgalwa took a pass from Morena on the right, jinked inside, and toe-poked past Chaine.

There might have seemed a touch of fortune to the equaliser, but Sundowns showed their killer instinct then closing the game out.

From Rivaldo Coetzee's free-kick swung in from the left central defender Lebusa got in ahead of Celtic's defence to expertly glance a near-post header past Chaine. 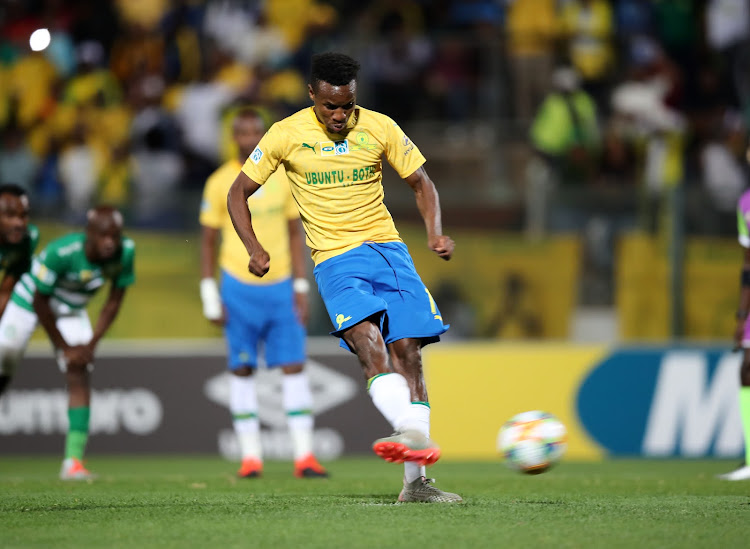 Mamelodi Sundowns attacking midfielder Themba Zwane scored the equalising goal and dished out a man of the match performance which earned him an R8,000 cheque.
Image: Samuel Shivambu/BackpagePix