Caf forces changes to Chiefs' fixture against Sundowns and Wits 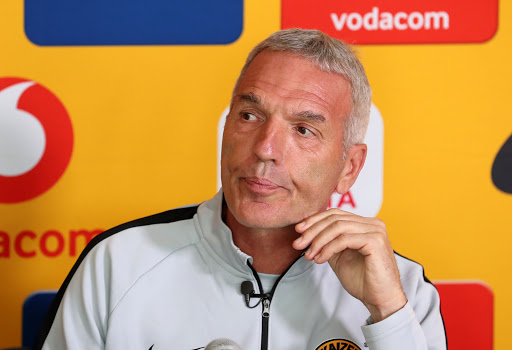 Two Kaizer Chiefs fixtures – one against Mamelodi Sundowns‚ the other against Bidvest Wits – early next year have had to be switched to new dates due to the Confederation of African Football (Caf) moving the Chan tournament from January to April.

The rescheduling of the African Nations Championship (Chan) for local-based players‚ to be held in Cameroon‚ has forced Caf to also move a number of Champions League and Confederation Cup club competition group stage matches from April to earlier in 2020.

This means the big Absa Premiership match-up between Chiefs and Mamelodi Sundowns at FNB Stadium‚ originally scheduled for Saturday‚ February 1‚ will now be played in midweek on Wednesday‚ April 15‚ at 7.30pm.

Chiefs were to have met Bidvest Wits in another big clash on Tuesday‚ January 21.

That fixture has been moved to Wednesday‚ March 18 (7.30pm) at FNB Stadium‚ to give Wits a week to travel to Libya to meet Al-Nasr in the Caf Confederation Cup on Sunday‚ January 26.

Coach Helman Mkhalele has been impressed with the way his new-look South Africa side has gelled as they look forward to a 2019 COSAFA Men’s Under-20 ...
Sport
2 years ago