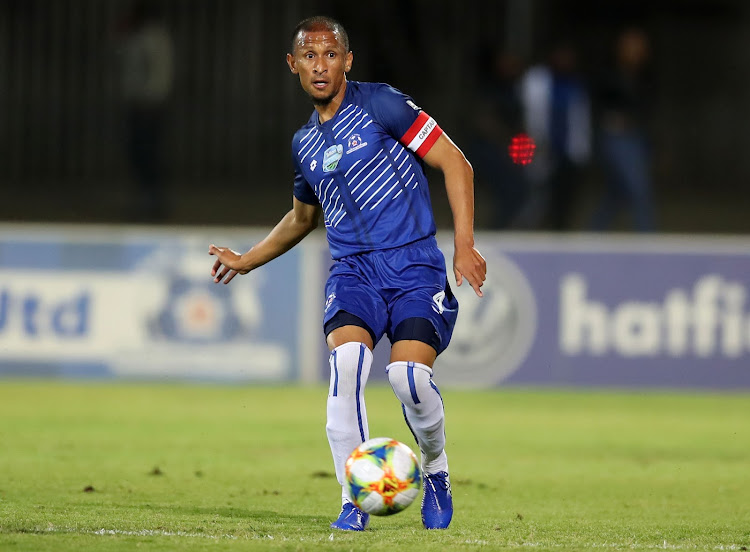 Nazeer Allie has been massive for Maritzburg United since he joined the club.
Image: Samuel Shivambu/BackpagePix

Defender Nazeer Allie is hoping to win his second Telkom Knockout final with Maritzburg United when they face the more fancied Mamelodi Sundowns at the Moses Mabhida Stadium in Durban on Saturday.

The former Ajax Cape Town player won the same trophy with Bidvest Wits in 2017 when the Clever Boys defeated Bloemfontein Celtic 1-0 in the final that was played at Princess Magogo Stadium‚ also in Durban.

“I want to be part of history‚” said the stoic Cape Town-born Maritzburg defender‚ whose team will be gunning for their first trophy after missing out on winning the Nedbank Cup when they lost to Free State Stars at the end of 2017-18 season.

“It would be a great achievement‚ firstly for the club and also the fans of Maritzburg who support us week and week out. It would be great to give them a cup on Saturday.”

Allie has been ever present in coach Eric Tinkler’s reaguard‚ playing mostly in the heart of the defence alongside the young Rushine de Reuck‚ who has been a revelation this season.

The 34-year-old defender‚ who also won the league title with Wits in the 2016-17 season‚ said he cannot predict the likely outcome of Saturday’s final against one of the better equipped and decorated teams in the PSL.

“A cup final is tricky because it’s a once off‚” he said at the team’s training grounds in Pietermaritzburg on Tuesday morning.

“It can go either way‚ it’s 50/50. On the day it’s about who wants it more‚ that individual brilliance and who takes their chances.

“Hopefully we can do that and come out with a victory in a cup final.”

Allie said he was not worried by those who have cast his side in the role of underdogs‚ adding that they have turned things around in the last six months and this gives him a great deal of confidence.

“From where we come from in the past six months you can see that the guys have grown‚” he said of the team that had to go to the PSL relegation play-offs to keep their topflight status last season.

“The character we’re showing makes me see no problem on Saturday. The character will be there and we will do everything we can and hopefully we can get the result.

“Sundowns have a big squad‚ they can pick any player they want.

“But for us we have to prepare for every player they bring on the day.

“We’re not thinking about the Caf and league games. It’s all about the final.”

Allie has seen the stature of De Reuck grow in the past few months and is hoping the defender will live up to expectation on Saturday.

“Over the past year and a half he has grown as a player and as a person. You can see he’s developed on and off the pitch.

Allie said it was a pity that they would face Sundowns without their striker Jeremy Brockie‚ who is on loan from the Brazilians and is restricted from facing his parental club.

“Obviously it’s sad for him because he wanted to play in the final.

“I don’t know what the issues are between the two clubs but obviously we have other players that have stepped up. We’ll see on Saturday.”

Struggling Cape Town City on the brink of a crisis

Cape Town City are teetering on the edge of a crisis after another home setback saw them plunge to the edge of the relegation zone with little relief ...
Sport
1 year ago

A jump of six positions not only lifted Chippa United out of the relegation zone but put them on a trajectory towards a top eight place by the end of ...
Sport
1 year ago