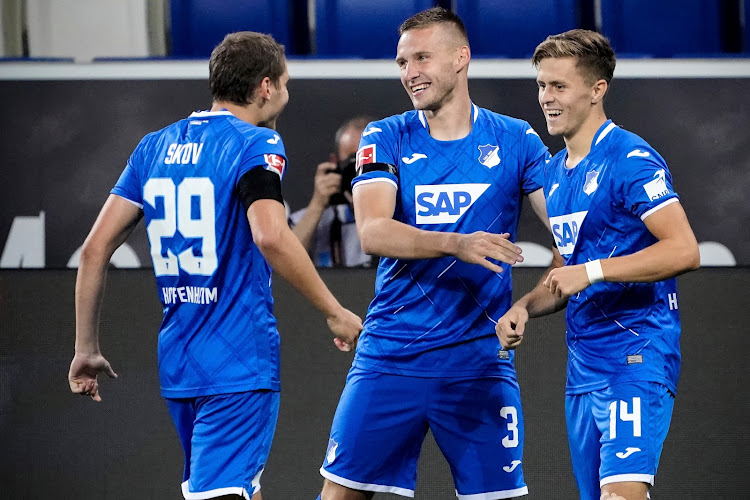 Christoph Baumgartner scored two goals and set up a third as Hoffenheim snapped a seven-game winless run in the Bundesliga with an entertaining 3-1 victory over visitors Cologne on Wednesday which both teams ended with 10 men.

Hoffenheim moved back into European contention in seventh place on 39 points with six games left in the season which restarted 11 days ago after a break of more than two months due to the Covid-19 pandemic.

All matches are played without spectators to minimise the risk of infection.

Cape Town City midfielder Thabo Nodada has given a remarkable breakdown of why so much football talent – and particularly white talent – gets lost in ...
Sport
1 year ago

"Two goals and an assist is obviously a good day at work," Baumgartner said.

"But what's more important are the three points and we really fought for them."

The 20-year-old Baumgartner scored early in the first half with Hoffenheim in control and Cologne down to 10 men after 26 minutes when Sebastiaan Bornauw was sent off with a red card for a violent challenge.

'I didn’t want to participate in any rugby:' Nodada on turning down Bryan Habana's former school

Cape Town City’s ace midfielder Thabo Nodada has revealed that he had to make a tough decision‚ and stick by his guns against some initial ...
Sport
1 year ago

The Austrian scored again a minute after the restart and laid off beautifully with a flick for Steven Zuber to hit their third goal in the 48th as the hosts looked to be cruising to victory.

But the numerical balance was restored two minutes later when Benjamin Huebner got his marching orders following a second booking for a clumsy foul on Cologne's Dominick Drexler.

The visitors pulled a goal back through Florian Kainz's deflected shot on the hour and could have scored again but Mark Uth's penalty was saved by Oliver Baumann.

Having Bafana Bafana star Percy Tau in the same city of Bruges serves as comfort and can be an advantage for Cercle Brugge forward Lyle Foster, the ...
Sport
1 year ago

Promise Lebo Mkhuma. Save the name and remember it as Mamelodi Sundowns coach Pitso Mosimane has tipped Mkhuma to become the next big thing to emerge ...
Sport
1 year ago

Former star Daniel “Massaro” Matsau remembers the majestic goal he scored to take the SA Under-23 side to the Sydney Olympics 20 years ago as if the ...
Sport
1 year ago