‘I did not regret being on that bus’: Shabba weighs in on Bafana’s Sandton parade 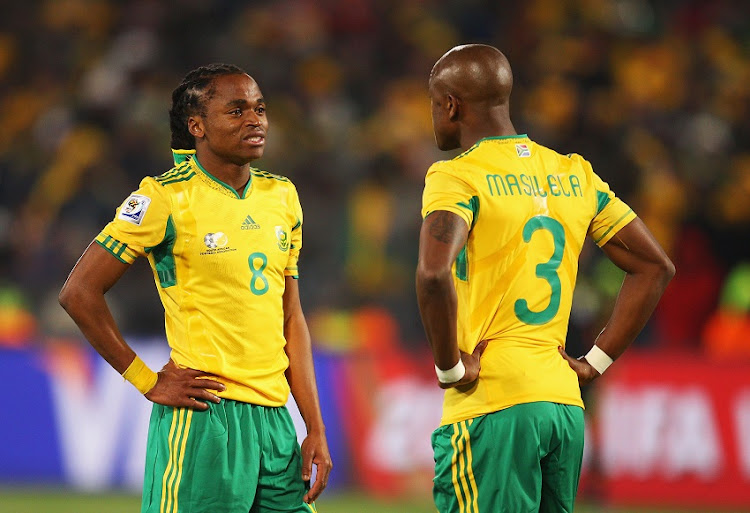 The goalscorer in Bafana Bafana’s opening 1-1 draw against Mexico of the 2010 Fifa World Cup‚ Siphiwe Tshabalala‚ has said he would not have missed the parade through Sandton two days before that game for anything.

Tshabalala (35) admitted then-Bafana coach Carlos Alberto Parreira was “fuming” at having the parade on June 9 sprung on him by the SA Football Association (Safa).

The ex-Kaizer Chiefs winger said Parreira called a team meeting‚ and eventually it was decided not all the squad members would go on the open-top bus ride past crowds that have been reported as between 50‚000 and 200‚000 on the roads.

Tshabalala said while there was scepticism at the time about a parade for a team who had not won a match in the tournament yet‚ and uncertainty over whether it would come as a distraction so close to their opening game‚ the parade was an inspirational experience for him.

“I think the parade was organised without the coach’s knowledge‚ and shew‚ he was fuming‚” Tshabalala‚ nicknamed "Shabba"‚ told an online press conference of the SA Football Journalists Association (Safja).

“He was fighting everyone that‚ ‘How can you do this? I’ve never seen such in my entire life whereby two days before a big game players must parade and greet the fans’.

“So he didn’t want to do it. They had to try and convince him as well.

“And I remember we were called into a meeting room‚ because he was not happy. And‚ you know‚ we volunteered. We ended up agreeing that‚ ‘OK‚ only a few can go’.

“And I volunteered‚ Reneilwe [Letsholonyane]‚ and Aaron [Mokoena] had to go because he was the captain.

“And when I was on that bus‚ for me it was very emotional to see our people wearing national team colours‚ showing their support to us. It really touched me‚ and it will always be a highlight as well.

“Because I saw unity. I didn’t see many races‚ I saw one race‚ I saw the human race there. And I did not regret being on that bus and waving to the people saying ‘thank you’.”

The June 11 opener against Mexico was 10 years ago on Thusrday. Tshabalala’s 55th-minute strike in that game was shortlisted for the goal of the tournament award.

SA lost 3-0 against Uruguay in Pretoria and beat France 2-1 in Bloemfontein to be eliminated in the opening round‚ level on four points with Mexico on Group A but with an inferior goal difference.