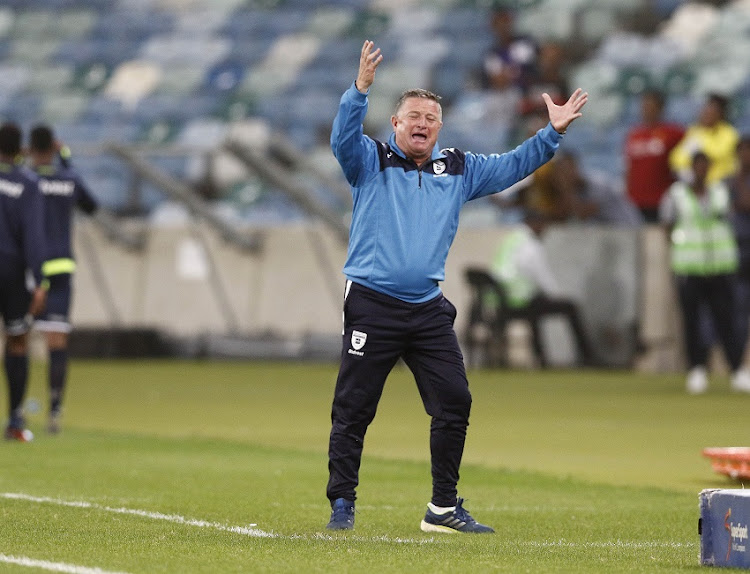 Tshakhuma Tsha Madzivhandila (TTM) owner Masala Mulaudzi has completed the takeover of Bidvest Wits with its players but they will not be retaining coach Gavin Hunt and staff members.

“Coach Gavin Hunt is a highly respected and good coach but unfortunately we won’t be able to afford him hence we said he can look for a job elsewhere.

"We will also not be taking any of the current staff members of Bidvest Wits because we have people who are currently working for TTM‚” TTM chief executive Sello Chokoe told TimesLIVE on Saturday night.

Chokoe also explained that they will allow players who have received offers from other teams in the PSL to leave and they will be working with the current Wits management to finalise those deals.

“We bought the club with its players and we are aware that there are those who already have offers. We will allow them to join teams of their choice and we will be working with the current Bidvest Wits management to facilitate those deals‚” said Chokoe.

“We can’t hold on to players. Some of them were on big salaries and if you consider that we have just spent a lot of money buying this club‚ we will let them go.

"Having said that‚ we are going to do everything in our power to assemble a good and competitive team for next season because we know what is expected in the PSL.”

Chokoe went on to say that they have logged for a name change with the Premier Soccer League (PSL) and the club will relocate to Limpopo Province when the current campaign ends.

They will Thohoyandou Stadium and there is the possibility of a spicy Venda derby with Black Leopards if Lidoda Duvha avoid relegation when the season resumes in the coming weeks.