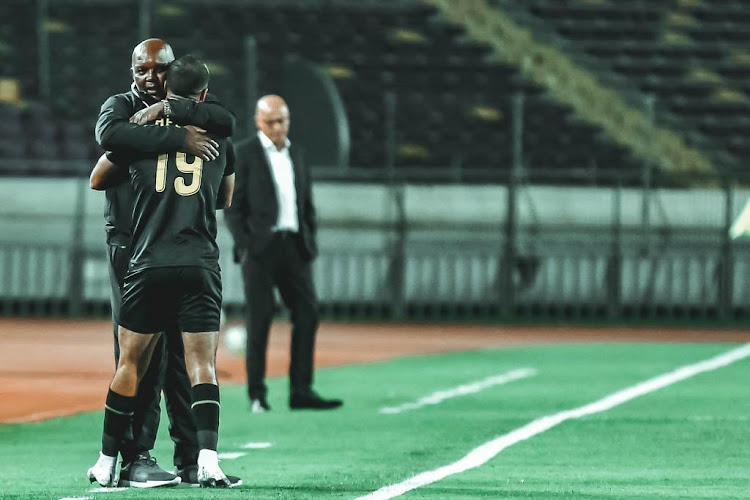 Pitso Mosimane steered new club Al Ahly to a dominant 2-0 win against Wydad Casablanca in Morocco on Saturday night, in the first leg of their 2019-20 Caf Champions League semifinal.

That achievement, and Sundowns' subsequent exploits reaching each Champions League group stage, and two quarterfinals and a semifinal, after 2016, set Mosimane on the path to joining Africa's most successful club Ahly this month, the eight-time winners of the Champions League.

On Saturday night a superbly organised Ahly put in a masterclass at Stade Mohammed V in Casablanca, in a high-class semifinal.

Mohamed Magdi put the Egyptian club ahead in just the fourth minute, and Ahly continued to push hard for a second, which duly arrived via Tunisian defender Ali Maloul from the penalty spot in the 62nd.

The return leg is at Borg El Arab Stadium in Alexandria on Friday night, and Ahly will be heavily favoured to wrap up the semifinal on home ground.

Should Ahly prevail, it will come as a sweet victory to Mosimane, who suffered narrow defeats in some epic clashes against Wydad at Sundowns, earning the respect of the Moroccan club and its supporters.

Wydad have arguably been the strongest team in the Champions League in the last four years, reaching the semifinals in 2016, winning in 2017, going out in the quarters in 2018 and achieving runners-up in 2019.

Ahly are desperate for their ninth title, having last won the Champions League seven years ago in 2013 when they beat Orlando Pirates 3-1 on aggregate in the final.

Should they progress to this edition's final Ahly will meet the winners of Raja Casablanca and Zamalek, who contest the first leg of their semifinal in Morocco on Sunday night.

Mosimane has started brightly in the Egyptian league, too, with a 1-0 win against Al Mokawloon and 3-0 victory against ENPPI, before a 0-0 draw with Pyramids.

The 2019-20 Champions League semifinals have been extended into October because of the effects of the coronavirus pandemic.

The competition will be tight for the Premier Soccer League’s Footballer of the Season awards with four outstanding candidates being named on ...
Sport
11 months ago

Maritzburg United coach Eric Tinkler has confidence in the two former Bafana Bafana players he’s strengthened his technical team with ahead of the ...
Sport
11 months ago