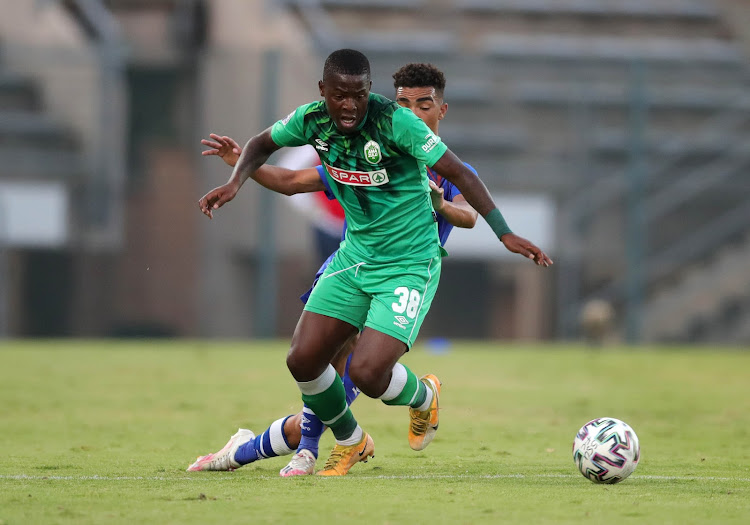 Mamelodi Sundowns coach Manqoba Mngqithi has warned attacking midfielder Phakamani Mahlambi to take charge of his career as he struggles to nail down a place at AmaZulu.

The 23-year-old Malambi‚ who has a well-documented history of off-field problems‚ was sent to AmaZulu on loan from Sundowns in December but has made only two appearances for Usuthu.

In the 12 matches AmaZulu have played while he has been in Durban‚ Mahlambi has seen 59 minutes of play and made the bench on two occasions‚ but the club has not explained why he is missing in action.

“It’s his career and he knows what he has to do for his career‚” said a reluctant Mngqithi‚ who initially did not want to comment on the matter of the player loaned out from his club. “We tried our best as well to help him here at Sundowns.

“He is a very talented player‚ we know what he can offer but I think at times players must take full responsibility for their careers.”

Mahlambi first appeared as a teen prodigy at Bidvest Wits‚ being billed as the next big attacker in South African football.

At 23‚ while he has battled his share of injuries in stints at Al Ahly in Egypt and Sundowns‚ the player is battling to fulfil his early promise.

Despite Chiefs losing, there was some bright news for Amakhosi fans when Itumeleng Khune returned to the starting line-up for the DStv Premiership ...
Sport
1 year ago

Five Rangers players have been removed from the squad after breaching Covid-19 regulations and will be fined, manager Steven Gerrard said on ...
Sport
1 year ago

The well-oiled Mamelodi Sundowns machine continues to roll on.
Sport
1 year ago

Itumeleng Khune’s declining standards from one of the best goalkeepers in Africa to his current mistake-prone incarnation is “a concern” for ...
Sport
1 year ago