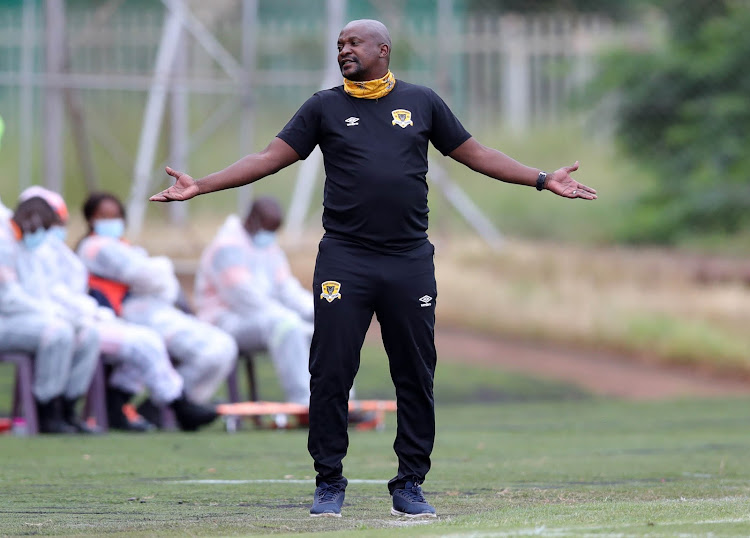 Black Leopards coach Lehlohonolo Seema expects his charges to maintain the form that has seen the Limpopo club end a five-match winless spell in the league and win their last two games.

Lidoda Duvha followed up on their midweek Premiership 2-1 victory against Lamontville Golden Arrows by beating in-form Durban side AmaZulu 1-0 in the Last 16 of the Nedbank Cup at the Thohoyandou Stadium on Saturday.

Mohammed Anas‚ who scored a brace in the away win against Arrows on Tuesday‚ was also the goal scorer against Benni McCarthy’s team on Saturday.

Seema expects his charges to retain their form ahead of a tricky away trip to Maritzburg United in a critical bottom of the log scrap at the Harry Gwala Stadium on Tuesday.

“The fight‚ the determination is all that’s needed against Maritzburg‚” Seema said.

“I think if we can go there [Maritzburg] and fight like we did in the past two games‚ then we stand a good chance of getting the three points.

“I wish it was back-to-back league games‚ but any win that comes we’ll take it. It’s been a long time since we tasted a win and‚ ja‚ in the Maritzburg game we [looked at how they played against Orlando Pirates on Saturday].

“We’ll first have to travel by a bus to Johannesburg‚ get on a plane to Durban and then from there get on a bus again to Maritzburg. So‚ ja‚ we’ll have to try to manage the recovery.”

Seema said the win on Saturday was vital for their supporters who’ve seen them slip to the bottom of the Premiership log as their form waned in January.

“I think for the Black Leopards supporters‚ it’s something they’ve been waiting for. These guys (players) never put their heads down even when the results were not coming.

“The players kept on training and working very hard‚ and what a game we had. It was a difficult game‚ this was a typical cup game and AmaZulu have been winning and getting the results.

“But I think we have given a spirited performance that has prepared us for the next six pointer against Maritzburg away [from home].

“I was happy that we kept a clean sheet because we have been conceding‚ and we managed to get a clean sheet against a very strong attacking team like AmaZulu.

“I’m happy for the players and we just need to manage them now and Monday go to Maritzburg as we have a big game on Tuesday.”

The former Lesotho international said seeing Anas scoring vital goals in the last two matches brought a lot of relief to his side and he was happy for the Ghanaian striker who recently recovered from a long-term injury.

“It’s good for a striker when you’re scoring goals‚ especially after sitting on the sidelines for such a long time.

“Man-of-the-match (Kenneth) Nthatheni has been outstanding in every game for us‚ but I think everybody fought for each and every ball today.

“Look at our captain (Rodney) Ramagalela. You can’t see he’s ageing if you look at the way he was working‚ running‚ going forward and defending.”

Gavin Hunt will be glad to see the back of February after the ailing club finished the month without winning a single match in all competitions on ...
Sport
9 months ago