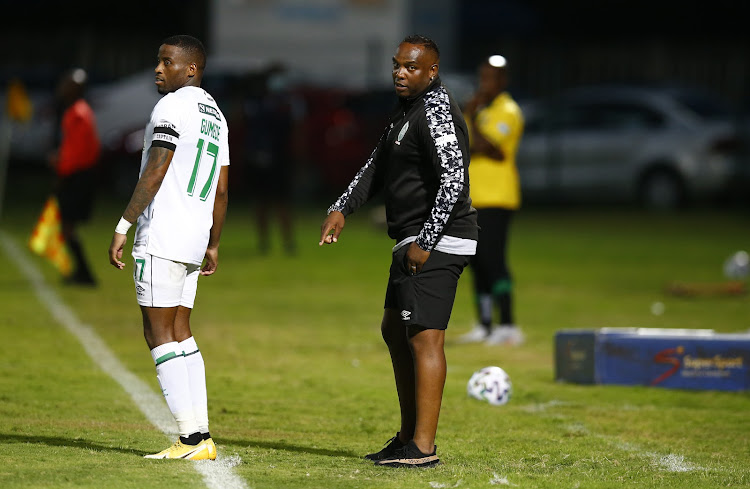 AmaZulu have performed beyond expectation this season and coach Benni McCarthy has highlighted the importance of managing his squad effectively during the business end of the season.

McCarthy does not want his charges to come apart at the seams at this crucial stage‚ especially after they earned a fifth victory in an eight-match unbeaten run in the DStv Premiership against SuperSport United following a lone strike from Siphelele Mthembu in Durban on Tuesday.

The unbeaten run saw Usuthu maintain sixth place on the standings with 28 points after 18 matches‚ including victories over Kaizer Chiefs‚ Bloemfontein Celtic‚ Baroka FC and Stellenbosch FC‚ with the three draws coming against Swallows FC‚ SuperSport (first round) and Maritzburg United.

McCarthy‚ obviously pleased with his team’s form in the league‚ said it was important to rotate the side to ensure that none of his players ran out of steam in the final 10 matches of the season.

“You obviously can’t play the same team over and over again‚” McCarthy said.

“We got a really good squad‚ so I try to manage and give the players the opportunities when I can.

“And obviously‚ not that we disrespect any competition‚ but the Nedbank Cup was a game [1-0 loss to Black Leopards] where the trip was one of the most challenging that you could ever face.

“After that horrendous trip (to Thohoyandou) we had another important match on Tuesday. So you rotate and manage the squad. That’s what I did and it worked fantastically.

“[On Tuesday] we got the all-important result‚ yeah we’re out of the Nedbank but we keep doing well in the league.”

AmaZulu have never finished in the top four in the PSL era and McCarthy insisted that they will not look ahead to their final position on the log.

“We don’t focus on the Caf competition or to qualify‚ or fourth place or anything like that. Our main aim is just to focus on whichever game we play next.

“I’m just delighted that we keep making our mark in the league and showing that we’re really the sleeping giant that’s slowly waking up.”

AmaZulu will get a bit of a break as they only visit Chippa United at the Nelson Mandela Bay Stadium on March 10.

AmaZulu continued with their recent rich vein of form by defeating SuperSport United 1-0 during their lively DStv Premiership encounter at Kings Park ...
Sport
4 months ago

Denis Onyango hobbled off with an ankle injury in Mamelodi Sundowns’ crushing win over Algerian side CR Belouizdad at the weekend‚ but co-coach ...
Sport
4 months ago

A question on whether Orlando Pirates should be considered serious DStv Premiership title contenders, as they hit form in the crucial death end of ...
Sport
4 months ago