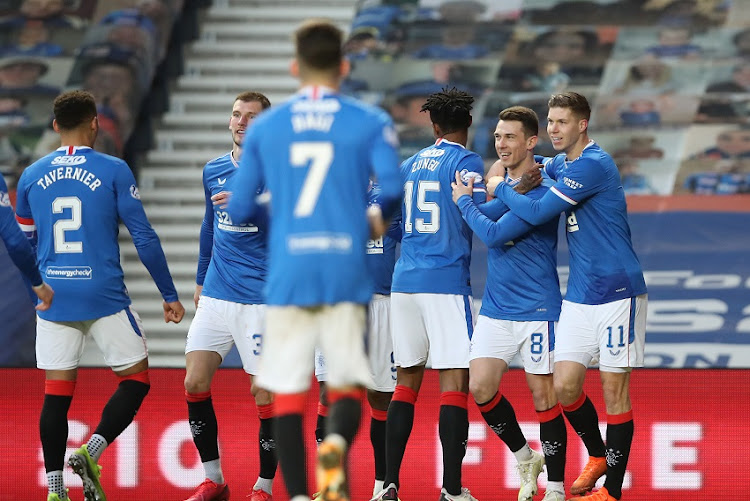 Bongani Zungu has shown his support for teammate Glen Kamara who has said he was racially abused in an incident at the end of Rangers’ 2-0 defeat to Slavia Prague at Ibrox on Thursday that saw the Scottish Club exit the Europa League.

Europe's football governing body Uefa has said it will investigate the Incident.

Furious confrontations took place at the end of Rangers’ ill-tempered first home defeat in a year that resulted in a 3-1 aggregate loss to the Czech club in the last-16.

The TV footage shows Slavia defender Ondrej Kudela going up to Kamara‚ putting his hand over the Rangers player’s ear and shouting something into it. Kamara reacts furiously‚ and substitute Zungu‚ close enough to hear‚ defends his teammate.

Zungu tweeted: “There is no room for racism in football! @GlenKamara4 [Glen Kamara] @roofe [Kemar Roofe] with you brothers!”

The Bafana Bafana star also shared a statement by Kamara.

Finnish international Kamara’s statement‚ released on his behalf by is solicitor‚ read: “During yesterday’s match with Slavia Prague‚ Kedel [Kudela] was arguing with a Rangers player and after I tried to intervene‚ he told me to shut up and then said‚ ‘One second my friend’.

“He then came over to me covering his mouth‚ [and] leaning into my ear‚ he uttered the words — ‘You’re a f ——ing monkey‚ you know you are’.

“ ... Kedel’s actions were deliberate and premeditated‚ but he was loud enough for my teammate Bongani Zungu to hear what was said.”

Slavia and Kudela have denied the accusation‚ claiming Kudela only said‚ “You f***ing guy”.

Earlier‚ substitute Kemar Roofe had been red-carded for an horrific leg-up challenge, flying with his studs into the face of Slavia goalkeeper Ondrej Kolar‚ who had to be replaced‚ his face bleeding. The challenge‚ while illegal‚ did appear to be accidental.

Roofe and Kamara are among players to have received racial abuse on social media after the match against Slavia.

This video says so much.
What player approaches an opponent like this to simply say "You fucking guy?"
What opponent reacts so angrily to those words? He's instantly very clear over what he's heard.
The response of those in ear shot is telling too.pic.twitter.com/QQiTiXHFSM

Rangers manager Steven Gerrard in his post-match press conference had no doubts as to what occurred on the pitch.

“He’s [Kamara] been racially abused‚” the ex-Liverpool midfield star said. “I’ve built a relationship with this player over close to three years now. I trust him with my life‚ and I’ll stand toe to toe with him and support him in anything I need to support him in.”

Gerrard admitted Slavia deserved to beat Rangers‚ adding‚ “but something’s happened tonight that is bigger than football and I hope the authorities take it on from here and deal with it in the right way.

Gerrard said he tried to call Kamara over to ask if he wanted to leave the field in protest‚ but Rangers’ players decided to remain on the pitch.

In a statement‚ Rangers said: “We refuse to acknowledge any attempt to defend‚ deflect or deny the abuse Glen Kamara experienced last night.

“Uefa will be well aware the football world is watching. We expect a robust and unequivocal response in relation to this incident. It cannot be merely ‘swept under the carpet’- we are not prepared for Glen Kamara to be yet another statistic. Enough is enough.”

Gerrard has steered Rangers to their first Scottish Premiership title in 2020-21‚ clinched two weeks ago.