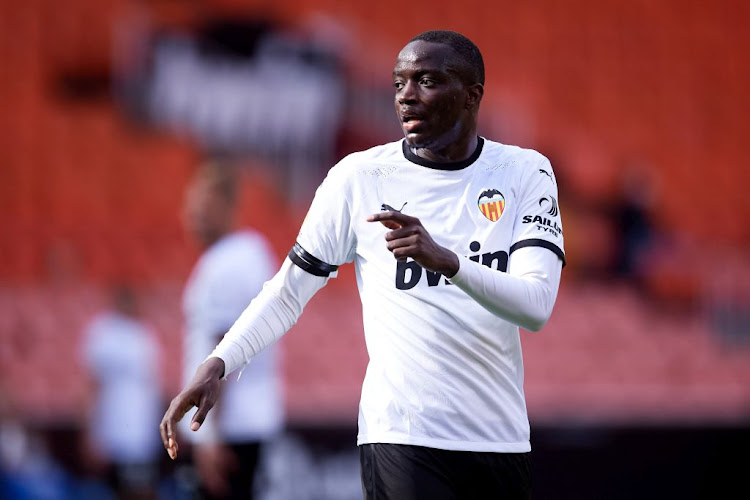 Mouctar Diakhaby of Valencia CF says he was racially abused by Cadiz’s Spanish centre back Juan Cala during a La Liga match between the two sides.
Image: Alex Caparros/Getty Images

Valencia were told by organisers to resume playing Sunday’s La Liga match at Cadiz or they would have to forfeit the points after they had left the pitch when Mouctar Diakhaby complained he had been racially abused, fellow defender Jose Gaya said.

Valencia’s players walked off the field in the 29th minute after Frenchman Diakhaby reacted furiously following an altercation with Cadiz’s Spanish centre back Juan Cala.

Referee David Medie Jimenez said in his report that Diakhaby had told him Cala had used a racial slur against him, although Cadiz coach Alvaro Cervera said his player had assured him he had not insulted the Frenchman.

It was the first time a La Liga match had been halted after an accusation of racism.

The players eventually returned to the pitch but did so without Diakhaby, who said he was not in the right state of mind to continue playing and was substituted.

Diakhaby was also shown a yellow card before the Valencia players left the pitch for arguing with Cala.

The score was 1-1 when the visitors walked off and Cadiz went on to win the game 2-1 after an 88th minute strike from Marcos Mauro, who came off the bench to replace Cala.

“Diakhaby told us he heard a racist insult so we all went off the pitch. We were told that we had to play because if we didn’t they would take the three points off us and maybe we’d be docked more points,” Gaya told Spanish network Movistar.

“Diakhaby asked us to play on, we wouldn’t have done so if he hadn’t done so. He said he wasn’t in the right state of mind to keep playing. He is devastated.”

Gaya added he had heard the comment Cala made to Diakhaby, describing it as “a very ugly insult which I won’t repeat”.

Cadiz coach Cervera said he took Cala off at halftime because he was already on a booking and did not want to risk him getting sent off, adding he believed his player’s denial.

Cala had given Cadiz the lead in the 14th minute before Kevin Gameiro soon equalised for the visitors.

La Liga did not respond to a request for comment on Gaya’s statements.

Valencia coach Javi Gracia said Diakhaby had been “seriously insulted and was quite shaken”.

Valencia released a statement saying Diakhaby had “become another victim of racism in football” and lamenting that “after being subjected to an intolerable racist insult he received a yellow card for protesting”.

The statement also said the referee had warned them of the consequences of not returning to the pitch.

“Today is a sad day for our sport. We didn’t just lose a game today, we lost the respect and spirit of football.”

Cadiz released a statement saying the club was “against any manifestation of racism or xenophobia, regardless of who the perpetrator is” but did not mention Cala.

“We don’t doubt the honesty of all members of our squad, who are firm believers in the fight against racism and whose attitude in every game has always been exemplary,” it added.

“The club cannot assess incidents in a match between players and we always demand that our players show respect and responsibility towards their opponents.”

The Football Association of Wales (FAW) said it was "disgusted" by the racial abuse its players received on social media platforms after Saturday's ...
Sport
1 month ago

Bongani Zungu has shown his support for teammate Glen Kamara who has said he was racially abused in an incident at the end of Rangers’ 2-0 defeat to ...
Sport
1 month ago
Next Article