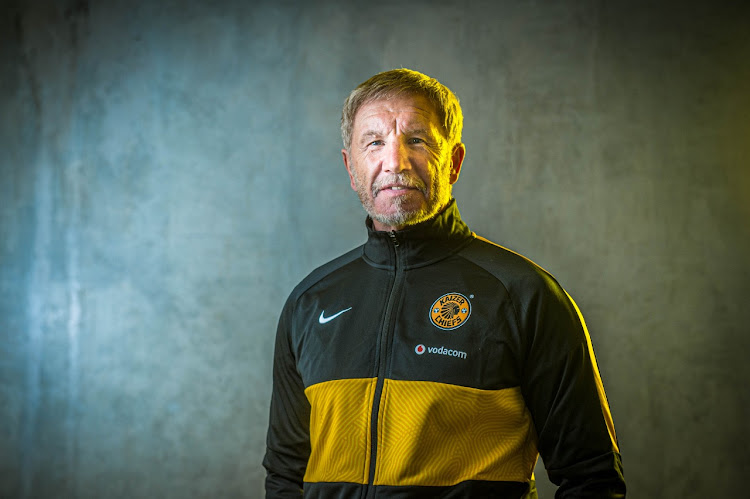 Kaizer Chiefs have confirmed Stuart Baxter as their new head coach‚ the club announced on Wednesday.

Baxter (67) replaces Gavin Hunt‚ who was fired as coach with two matches to go in the now-completed DStv Premiership with Chiefs in 11th place‚ having won twice in 16 league matches.

Hunt‚ though‚ had steered Amakhosi to their first Caf Champions League semifinal‚ having previously never reached the group stage‚ where they meet Wydad Casablanca over two legs this month.

Chiefs said in a statement Baxter has signed on a two-year contract‚ and that Hunt’s assistants‚ Arthur Zwane and Dillon Sheppard‚ will remain in the new technical team.

Former Bafana Bafana coach Baxter was the last coach to win a trophy at Chiefs‚ who have gone six unprecedented seasons without silverware. Baxter won two league and cup doubles at Chiefs in three seasons‚ in 2012-13 and 2014-15.

“Baxter and the Club have agreed to a two-year contract plus a two-year option as the coach of Amakhosi’s first team‚” Chiefs’ statement read.

His appointment follows the hiring last week of another ex-Bafana coach — Molefi Ntseki‚ who was also Baxter’s assistant at the national team — as head of technical and the academy at Naturena.

“We believe we are on track with the changes we have made so far in the coaching and technical department after a challenging season domestically‚” Amakhosi chairman Kaizer Motaung said.

“After extensive reviews and consultations‚ we decided to appoint Stuart because we believe he is one coach who understands our philosophy and culture. We know his work ethic and believe he will work with the team we have at the moment while trying to rebuild and ensure we have a formidable side for the new season.

“It has been six years since Stuart left Chiefs after winning the league trophy in 2015‚ but he departed on good terms and remains a well-liked figure by many supporters‚ colleagues and some of the players he coached at the time.

“We believe he will be able to work within our current set-up and will use the time to understand some of the players he’s not familiar with. We need the coach to have enough time and prepare adequately for the new season.

“We did not have a decent pre-season due to Covid-19 and other factors last season‚ so we hope to use the Caf Champions League journey as a part of our preparation while trying to do well in the competition.”

Hunt’s tenure at Chiefs — he was appointed in the 2020-21 pre-season to replace Ernst Middendorp — was hampered by a single-season Fifa transfer ban.

Chiefs said “Baxter will commence his duties as soon as the paperwork has been finalised”.

Baxter has also coached SuperSport United in South Africa‚ where he won the Nedbank twice more‚ in 2016 and 2017.

The well-travelled Englishman/Scot has also coached in Sweden‚ where he won a league title and two Svenska Cupen trophies with AIK and Helsingborgs‚ and Japan.

Zwane and Sheppard steered Chiefs to a 3-2 win against Golden Arrows and 1-0 win against TS Galaxy to end eighth in the Premiership‚ and avoid matching their three worst finishes of ninth.

Mamelodi Sundowns co-coach Manqoba Mngqithi has questioned if his technical team could have done more to have won the DStv Premiership Coach of the ...
Sport
1 year ago

Mandla Ncikazi says he is proud of the work put in by his Lamontville Golden Arrows squad‚ the staff in the office and the technical team as the ...
Sport
1 year ago