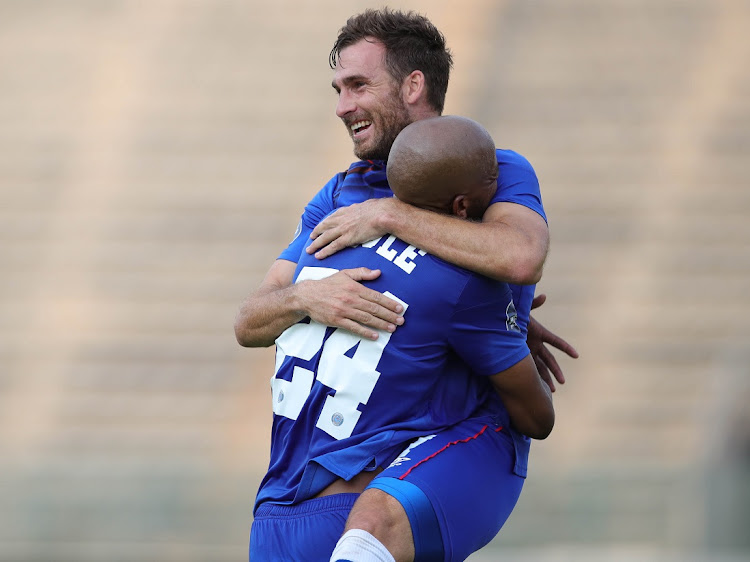 At 33 Bradley Grobler feels he has finally broken his duck by managing to be the DStv Premiership’s top scorer, and now he has set his sights on breaking the mythical 20-goal barrier.

The son of legendary PG Rangers and Moroka Swallows striker Les Grobler said he was disappointed not to have reached his target of 20, but will aim for that again next campaign.

“A bit relieved,” was how Grobler described finally managing top scorer when he has threatened to in the past, but has mostly been derailed by injuries.

“You know it’s been a dream of mine as far back as I can remember. For any striker it’s a goal and a dream to win the top goal-scorer award.

“I’ve been close on a few occasions and haven’t quite gone over the line, but finally I’ve done it and I am the top goal-scorer and it’s a great feeling.

“It’s not to say I’m going to be hard on myself. I’m happy, but at the same time I set a target of 20 goals and I didn’t get there for different reasons.

“It’s a bit of a motivation for me. I’ve broken the duck now, I’ve won the top goal-scorer and that’s a bit of pressure off my back so now maybe next season I can push on and get to that 20 goals.

“Very happy, very proud, but room for improvement and I want to be better. I think South Africa needs that 20-goal barrier to be broken so I will push for that.”

If he had a lingering sense he could have achieved more in 2020-21, that also applied to SuperSport. Kaitano Tembo’s combination improved on the last two seasons’ seventh and sixth places to end fifth, but in the opening half of the season looked capable of challenging Downs for the title.

“We possibly could have shown a slight weakness in depth this season,” Grobler said.

“We started really well, were second, and we got a few injuries and suspensions and that put us through a bit of a rocky road.

“We didn’t do as well as we wanted to there, but we finished the season well. We had some good performances to finish off, which gives us a nice positive to take to next season.

“Even scoring 16 goals, I missed a lot of chances that could have easily taken me over 20 goals, which is a good thing. For any striker to be getting opportunities that shows the team is playing well and creating chances.

“That means we’re doing something right, and I need to work on taking more of those and get more than 20 goals.”

New Kaizer Chiefs coach Stuart Baxter has issued an apology for his “downright stupid comments” he made regarding rape that led to his sacking last ...
Sport
1 week ago

Helman Mkhalele will make a small piece of history when he becomes the first member of Bafana Bafana’s celebrated 1996 Africa Cup of Nations-winning ...
Sport
1 week ago