Mancini: Italy’s patience was key to win over Turks 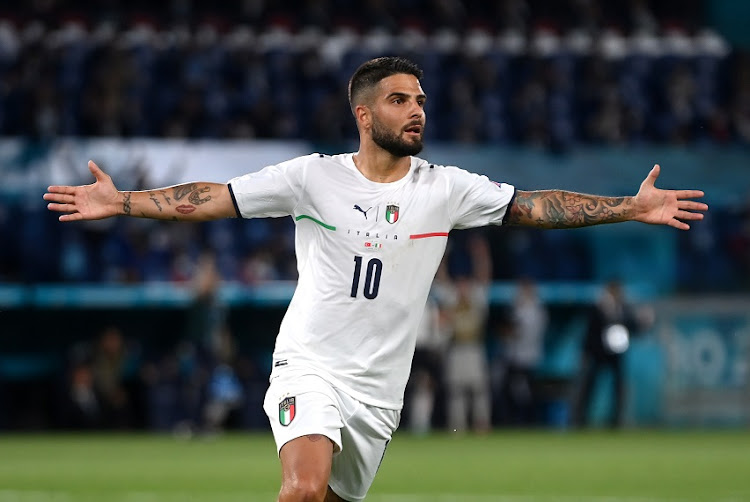 Lorenzo Insigne of Italy celebrates after scoring his side's third goal in the Uefa Euro 2020 Championship Group A match against Turkey at the Stadio Olimpico in Rome on June 11 2021.
Image: Mike Hewitt/Getty Images

Italy coach Roberto Mancini said his team’s patience against an ultra-defensive Turkey side was the key to the 3-0 win in their Euro 2020 Group A opener on Friday but he laughed off talk of them being among the tournament favourites.

The match was goalless at the break after Turkey’s deep defence frustrated the Azzurri who dominated possession, but Italy ran away with the match after scoring in the 53rd minute.

“We have played many teams that have done what Turkey did this evening. They put everyone (back) there, give you little space and make it hard for you to score,” said Mancini.

“But the lads had patience. We waited, kept playing, tried to get that goal, then we got it. The lads did really well.

“The first half wasn’t straightforward and in a game like that, even if they (Turkey) put everyone back, if you give one (goal) away on the break, the game changes,” he added.

Italy striker Ciro Immobile, who grabbed the second goal after Merih Demiral’s own goal had broken the deadlock, agreed that the team had shown the right approach.

“We showed patience in the first half. Turkey are a strong side and caused problems for many top teams. We tried to tire them out, moving the ball left and right and trying to spread them. Unfortunately, we regularly struggled to break their wall.

“Turkey were more tired after the break. After the (first) goal they had to open up some space, so that’s when our quality emerged,” he added.

The win puts Italy in a strong position in the group, which also features Wales and Switzerland, but Mancini laughed when asked if his side were now among the favourites to win the tournament.

“We produced a good performance. It was important to start well here in Rome and I think we satisfied everyone, for the fans and all the Italians watching. (But) there are six games to go and there are a lot of good teams,” he said.

Italy coach Roberto Mancini hopes his players can put on a show in the opening game of Euro 2020 against Turkey and his ambition is to take them to ...
Sport
1 year ago

Oldest, youngest, most capped: all the numbers for Euro 2020

In what may be his international swansong, Portugal’s Cristiano Ronaldo eyes all-time goalscoring record
Sport
1 year ago

Belgium have a great squad even without De Bruyne, says Russia coach

Belgium may be without key midfielders for their Group B opener in the European Championship but Russia manager Stanislav Cherchesov said Roberto ...
Sport
1 year ago