Regret over a coffee date I missed with Thulani Thuswa 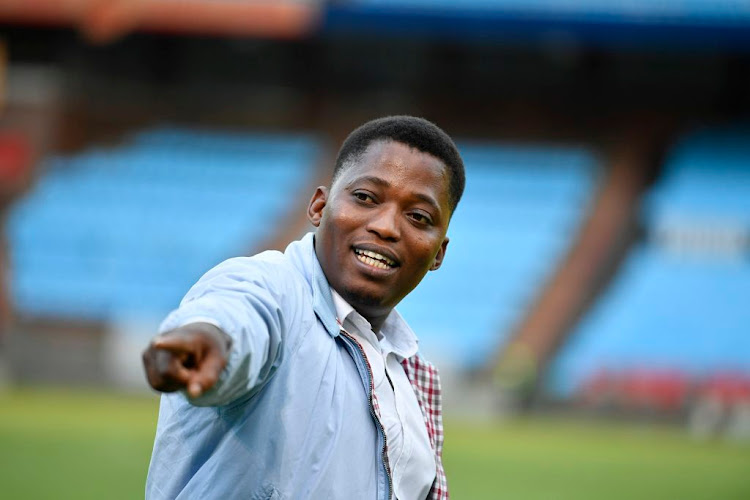 It was a particularly beautiful Sunday morning and I was waiting in a long queue at Kranskop toll gate near Modimolle when I decided to call Thulani Thuswa. We had agreed that I would take the off-ramp near his home in Midrand and meet him at about 8am.

He was not a happy man when he answered the phone as I had clearly woken him long before he planned to get up. He liked to do the same with me and it amused me to no end that he was groaning unhappily on the other end of the line. He laughed as soon as he realised that I had given him a taste of his own medicine, and asked how far I was from Midrand.

I gave him my estimated time of arrival. Given that I had not even reached the barriers at Kranskop because of the long queues, he decided this would give him enough time to catch up on his sleep.

He was waiting outside his home when I eventually arrived in Midrand. True to form, the man was wearing that broad trademark smile we all know very well.

“Let’s go and have some coffee at this place near here,” he said as soon as I got out of my car. As I was rushing to my house in  Johannesburg to complete my usual Sunday diary, I couldn’t take him up on the offer.

He made several attempts to twist my arm and we eventually agreed that we would honour the coffee appointment on another date. We later decided to include friends Velile Mbuli, Lux September and Luthando Zibeko in our plans, and the idea was to meet at this restaurant in Midrand we all love.

We thought we had time and kept on changing the meeting date as we sought a day that was acceptable to all of us. But time waits for no man and we learnt this the hard way when tragedy struck on Sunday morning, June 6. The phone rang as I lay in bed on that fateful morning and the caller quickly got to the point and said Thulani Enock Thuswa had just died in a car accident between Marlboro and Grayston near Sandton.

He quickly hung up after sharing this devastating news. I didn’t believe a word he said and immediately called Velile. Velile was stunned, but after we had evaluated my morning phone call from all angles we decided that this was some kind of hoax and there was no need to be alarmed. He promised to call me back after making calls of his own.

The former Mamelodi Sundowns communications manager had died at the tender age of 37. He had come from humble beginnings in Richmond, in the Midlands of KwaZulu-Natal, but through an insatiable appetite for hard work, he landed his first big gig at Kaizer Chiefs through Jessica Motaung’s J.A.K.E. Productions in 2004.

After leaving Chiefs, he moved to Sundowns in 2011 where his star shone the brightest. The Sundowns communications department was so chaotic at the time that it can politely be likened to Noord taxi rank on payday. But Thulani got stuck in and changed things around, whipping the place into shape within a short period of time.

The arrival of Pitso Mosimane at Sundowns and the team’s subsequent stranglehold on the local game shot him into the stratosphere.

He had moved on and started his own public relations‚ sponsorship and talent management agency — Tyler Masons Management — at the time of his death.

He would call and tell me some of his plans in a barely audible whisper. I would ask him why on earth was he whispering when it was just the two of us on the line.

We were born on the same day [March 9] and often joked that we would never forget each other’s birthdays.

I will miss the man. We have not forgotten about that coffee appointment and will meet in his honour. Lux is based in Cairo these days but he is definitely sharing the food and coffee bill.

• Ntloko is the digital sports editor at Arena Holdings.​

Mosimane says Thuswa stopped him ‘having sleepless nights about the media’

Al Ahly coach Pitso Mosimane has paid tribute to the education he received on the media from former Mamelodi Sundowns and Kaizer Chiefs ...
Sport
1 month ago

Thulani Thuswa: A loyal servant and lover of football to a fault

Dr Molefi Oliphant‚ the lifetime president of Safa and one of the fathers of local football revolution‚ speaks about ‘self-actualisation’ as the ...
Sport
1 month ago