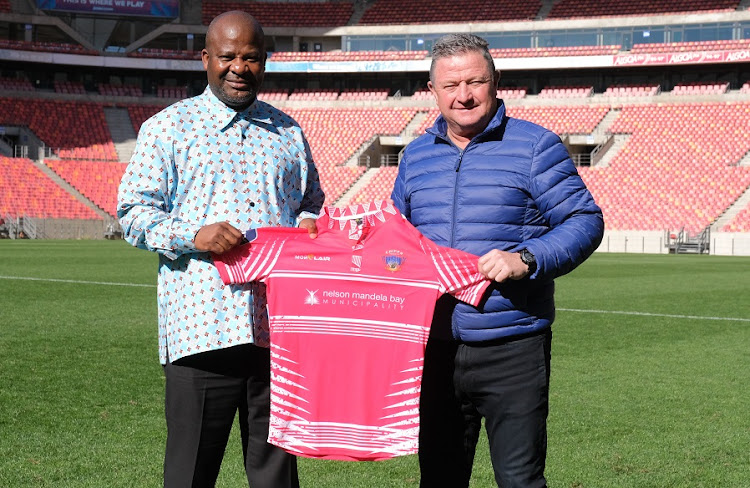 Former Kaizer Chiefs coach Gavin Hunt's move to Chippa United shook the social media TLs on Wednesday, with many weighing in on whether he will be a success at the club.

Hunt was named as Chippa's coach for the 2021-22 season on Wednesday, signing a two-year deal with club boss Chippa Mpengesi.

The coach, who was fired by Chiefs in May, said he will tap into the talent in the Eastern Cape when building his side.

Hunt comes with proven success, having won three league titles with SuperSport United and one with Bidvest Wits, but has signed for a club known to fire coaches whenever it feels they’re not producing the desired results.

Chippa started last season with Lehlohonolo Seema as head coach but it wasn't long before he was replaced by Dan Malesela. Malesela was later replaced by Mbuyiselo Sambo as caretaker coach and then Vladislav Heric — who was fired two matches before the end of the 2020-21 campaign.

Pitso Mosimane told the SA Football Journalists’ Association (Safja) on Wednesday that Chippa United was a pressure pot but he understood why Hunt took the job.

“In our language we say ‘ijob ijob’ [a job is a job]. You can’t choose. As long as you are coaching football‚ I agree with Gavin — you must just coach football. But that’s football life — that’s how it is.

“I think he’s one of the most successful coaches in SA football. I’ve had battles with him on the pitch‚ and he’s been a decent guy‚ a very decent guy.”

The appointment raised eyebrows on social media with some hailing the appointment and others joking that he should already start looking for his next club.

Am I surprised Gavin Hunt accepted the Chippa United job?

You see Rob, before you get into a relationship with a widow, there are two important questions one must ask:

One: How many husbands have you had?
Two: What killed them all?

This appointment makes me believe that Mpengesi is an ambitious man who wants success for his football club.

Good, Gavin Hunt and Chippa Mpengase deserve each other.😂😂 pic.twitter.com/fgan1ONNe2

I hope coach Gavin Hunt will do well at Chippa United. and they should give him time to know players well.

You have a better chance with a primary school child not losing his Jersey than your request.

Congratulations, get him few decent players

Counting months he will last there. 😂😂 pic.twitter.com/GsuQxmcfMT

Gavin Hunt will be joining Chippa United. He will show Kaizer Chiefs what he's capable of, just like Ernst Middendorp and his Maritzburg United.

Thanks GH in advance ❤❤ pic.twitter.com/FQ9jsvrT84

New Chippa United coach Gavin Hunt says tapping into the talent in the Eastern Cape will be key in building the Gqeberha-based club that appointed ...
Sport
4 months ago

Hunt replaces Lehlohonolo Seema, who left the Gqeberha-based side after he helped save the team's top-flight status in the promotion playoffs last ...
Sport
4 months ago