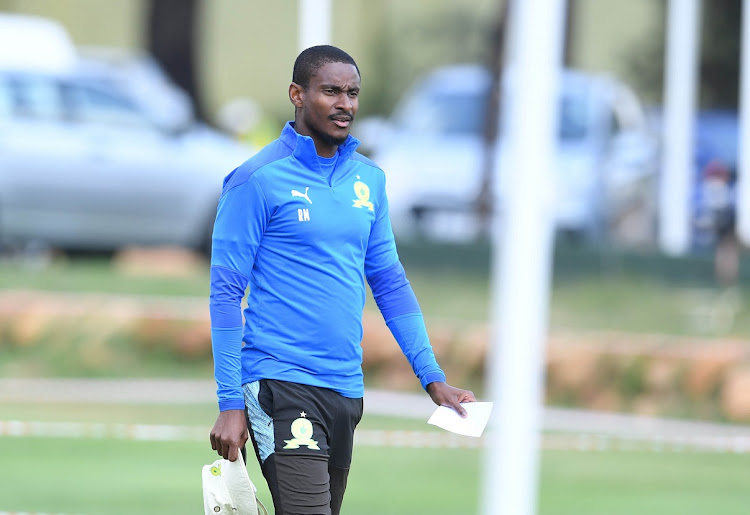 Mamelodi Sundowns coach Rulani Mokwena was impressed by his players' fighting spirit after they battled their way back from a goal down to share the spoils with home side Golden Arrows in a tense MTN8 first leg semifinal at a wet and windy Sugar Ray Xulu Stadium in Durban on Saturday.

Arrows led for most of the match and were 10 minutes away from victory when new Slovakian striker Pavol Safranko combined with fellow substitute Thabiso Kutumela to draw the visitors level. The 1-1 result is a psychological advantage for Sundowns as they will take the away goal to Pretoria when the two sides meet again in the second leg.

Arrows had looked to be on their way to an important win against the star-studded Sundowns after taking a 6th-minute lead via Nqobeko Dlamini’s long range shot, but Safranko had other ideas and equalised with only five minutes remaining on the clock.

Safranko’s performance during the match, the goal he scored and the progress he’s making alongside Kutumela, who also joined the club just before the start of the current campaign, delighted Mokwena. The 26-year-old Safranko  joined Sundowns from Romanian club Sepsi Oak and Mokwena said while it is early days, the centre forward has already given them a lot to be happy about.

“Of course there’s a lot of room to improve,” Mokwena said.

“Pavol needs a little bit of time to adapt to our way of playing and to our schemes. But good, I think with the goal he scored [on Saturday] and coming on as a sub, he showed hunger and desire. His attitude has always been proper and we believe in him.”

Mokwena said the Sundowns technical team, which includes Manqoba Mngqithi as a co-coach and Steve Komphela as senior coach, have a lot of faith in the tall striker.

“We know he’s a top striker and he’s got very good attributes that can help us this season,” said Mokwena.

“But we still advocate for time, and he needs time. He needs time to adapt to our way of playing so that there’s a lot more fluidity.

“But it will come, it needs more and more repetition. But we’re clear in our minds that he’s the right striker to complement Kermit [Erasmus] and Peter [Shalulile], and then to complement Gift [Motupa] and maybe even your Vilas [Sibusiso Vilakazi] and Kutumela coming from deeper positions.

“Once we can have that, you integrate your Themba Zwanes when they come back, your Gaston Sirinos because they’re very important players for us. We’ll work on those combinations and hopefully the fluidity comes right and then of course the impact will be greater.”

Mokwena said he’s still expecting a lot from Kutumela who had a great season with Maritzburg United before Sundowns snapped him up in the current transfer window.

“I think he’s shown glimpses of what type of player he is. He’s brave, he’s direct, and he’s versatile and extremely multifunctional. He’s a player that loves the half space, he loves positioning himself between the lines [of defence and midfield].

“That’s his natural habitat and we need to create those scenarios for him. We need to start having more trust and confidence when he shows up in those positions.

“But Kutumela is a top football player, he had a fantastic [campaign] last season at  Maritzburg and is one of the first players to be called on the team sheet for Bafana Bafana because of the stature he’s really grown into. It’s good, but we’re hoping for more [from Kutumela].”

Lehlohonolo Seema will take a draw at home any day when playing against Mamelodi Sundowns, even if it means the result could hurt Lamontville Golden ...
Sport
11 months ago

Eric Tinkler will feel that his team holds the advantage after Cape Town City denied Swallows a crucial away goal in the first leg of the second MTN8 ...
Sport
11 months ago