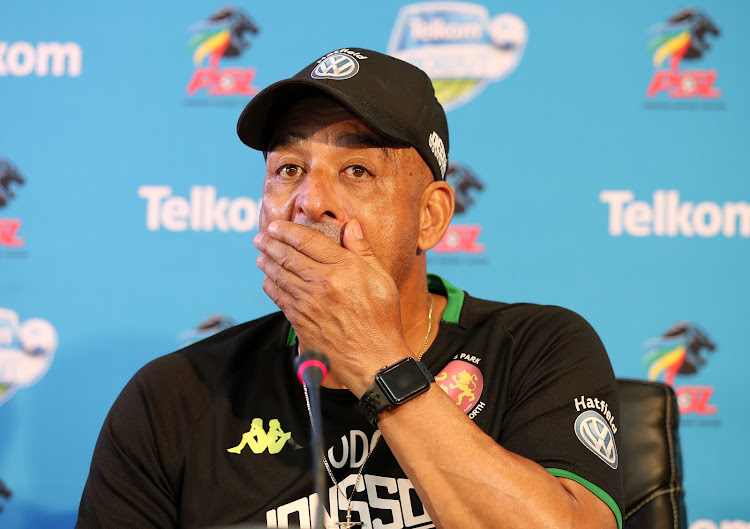 Owen Da Gama has become the first DStv Premiership coaching casualty after he was fired as TS Galaxy coach after a difficult start to their campaign.

The 60-year-old joined Galaxy in January with the struggling team hovering under the relegation axe last season and turned them from also-rans into a competitive unit - but two points from a possible 15 was always going to put Da Gama in a precarious position.

After five league games, Galaxy are one of only two teams yet to win a match, along with Marumo Gallants, and the Rockets slumped to rock bottom on the points table after a 4-2 mauling at the hands of Royal AM on Sunday.

Galaxy president Tim Sukazi said it was a difficult decision to release Da Game from his contract with a view that a new broom will sweep clean.

“This is one of those bitter pills that we had to swallow as a club given the kind of contribution that coach Owen has made to our club,” said Sukazi.

“Unfortunately, we have had a faulty start to the season and with football being a results-driven business, decisions like this are bound to be taken at some point or another if results aren’t forthcoming.

“Our new focus from now on is to get the team back on track.

“The club would like to thank coach Owen for the valuable contribution that he has made at TS Galaxy Football Club and wishes him success in his future endeavours.”

Sukazi said Da Gama’s assistant Shaun Bartlett has taken over as acting coach until a permanent appointment is announced.

Bartlett is no coaching novice, having promoted Lamontville Golden Arrows back up to the Premiership five years ago and was Gavin Hunt’s assistant at Kaizer Chiefs before he joined Galaxy.

The former Bafana Bafana striker said it is always sad when a colleague is released from his duties.

“I’ve been requested by the club to take over on an interim basis and see how we can turn things around and get the best out of the players,” said Bartlett.

“The next game is the most important one. Coach Owen had done several good things here. We have to build on that and not disregard some of the things he has done here. We’ve got to pay tribute to the coach for what he has done in such a short time.”

Bartlett’s first assignment is a home encounter against tricky Sekhukhune Untied at Mbombela Stadium in Mbombela on Saturday.

“The priority now is to prepare for Sekhukhune and get the players in the right frame of mind. So far, we’ve done well at home. We need to get that first win under our belt. The sooner the better. One thing that we need to change is not to concede goals.

“To concede 10 goals in the first five matches is a huge concern for us.”

Bartlett hit the ground running and immediately took over training at the club’s base at Sandton Sports Club.

“We are in the last position and it can’t get worse. We have to make sure that we get ourselves out of that as quickly as possible.”

Bartlett will be assisted by Esau Mtsweni.

Some fans said the team had not learnt anything from losing to the newcomers Royal AM.
Sport
7 months ago

Marumo Gallants' attacking midfielder Katlego Otladisa says his side played "much better" football than Kaizer Chiefs during their 0-0 draw in the ...
Sport
7 months ago

Pirates on Sundowns’ keeper Onyango: ‘He should have been man-of-the-match’

Orlando Pirates paid for being unable to profit from their chances, coach Fadlu Davids said after Bucs' 2-0 defeat on Saturday, adding that Mamelodi ...
Sport
7 months ago