'Pump it up!' Bafana coach Broos and De Reuck call on the 2,000 fans to turn up the volume against Ethiopia 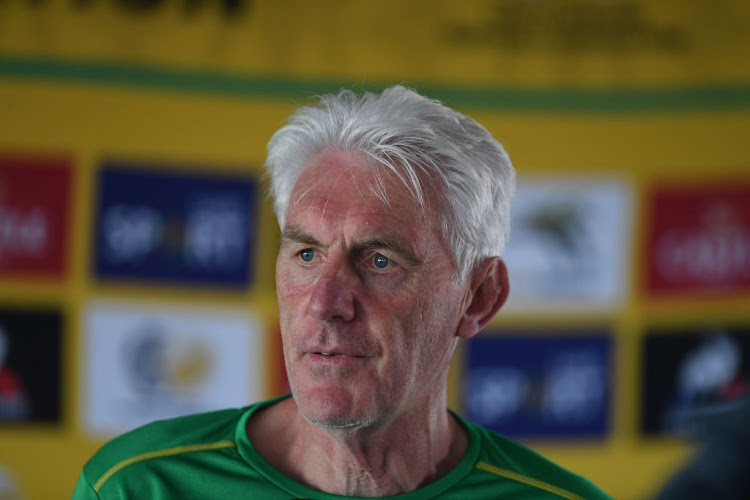 Bafana Bafana coach Hugo Broos and defender Rushine de Reuck have asked the 2,000 fans that are expected to descend on FNB Stadium for the 2022 Fifa World Cup qualifier against Ethiopia to pump up the volume and create an intimidating atmosphere on Tuesday.

Only 2,000 vaccinated fans will be allowed through the turnstiles of FNB Stadium in what will be the first sporting event in the country to take place in front of an audience since the outbreak of Covid-19 early last year.

Bafana take on Ethiopia having beaten them 3-1 in the away leg last weekend and another victory at home will see the South Africans consolidate their lead at the top of Group G with two matches remaining.

“It will be a little bit strange,” said Broos about playing in front of fans. “It has been about 18 months since they last played in front of fans, but the most important thing is that it will be support for us. When you have a bad moment in the game, you need the supporters to lift the players.

“In the previous months, the players had to do it by themselves — now they will have that support, even though it will only be 2,000. I hope they will be very loud because it will give us motivation.

De Reuck, who is one of the key members of Broos's new dawn at the national team, said having fans will serve as big motivation for the players.

“We haven’t played in front of fans for about 18 months now and to be honest it was difficult to play under those conditions because sometimes it felt like you were playing a friendly match.

“To have the fans back will be a big motivation for us. When you are playing for the national team in front of fans, it is something very special.

“I am very excited about it and hopefully we will do well, because they are going to boost us as they will be in out corner and rooting for us for the entire match.”

Bafana Bafana beat Ethiopia 3-1 in a 2022 Fifa World Cup qualifier on Saturday to strengthen their grip at the top of Group G.
Sport
2 weeks ago

Such is the growing confidence in the Bafana Bafana camp that midfielder Teboho Mokoena's assertion that the current generation of players could take ...
Sport
2 weeks ago

It’s official. There will be a maximum of 2,000 football supporters when Bafana Bafana hosts Ethiopia during their 2022 Qatar FIFA World Cup ...
Sport
2 weeks ago