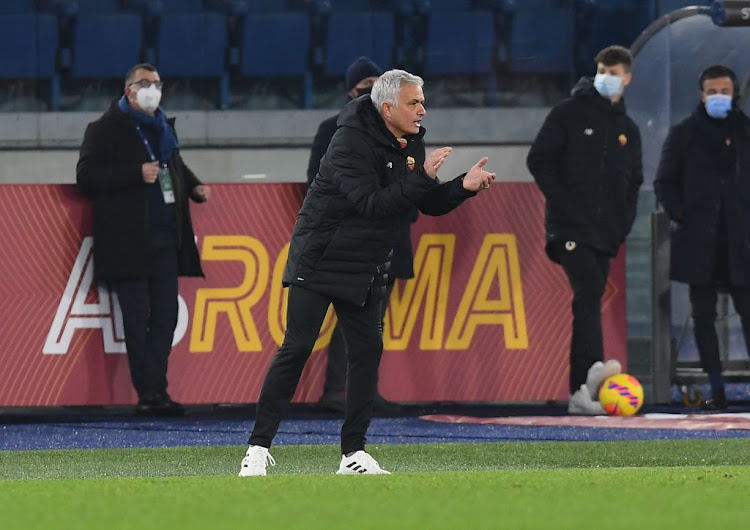 AS Roma coach Jose Mourinho during the Serie A match between his side and Spezia Calcio at Stadio Olimpico on December 13 2021 in Rome, Italy.
Image: Silvia Lore/Getty Images

AS Roma coach Jose Mourinho has offered to send his jacket as a get well present to a fan who was hospitalised after collapsing during their Serie A game against Spezia on Monday.

Rome-based newspaper Corriere dello Sport reported that a 23-year-old supporter suffered a cardiac arrest during the first half and was treated with a defibrillator before being taken to hospital. Fans in the Curva Sud section of the stadium remained silent for the rest of the game, which ended in a 2-0 victory for Roma.

"I only found out after the game. Of course, we hope everything goes well for him," Mourinho said.

"If it does, he should send in his address and it would be my pleasure to send him my jacket so he will be wearing it when he next comes here in the cold."

Mourinho's side are sixth in the Serie A standings, 12 points behind leaders Inter Milan.