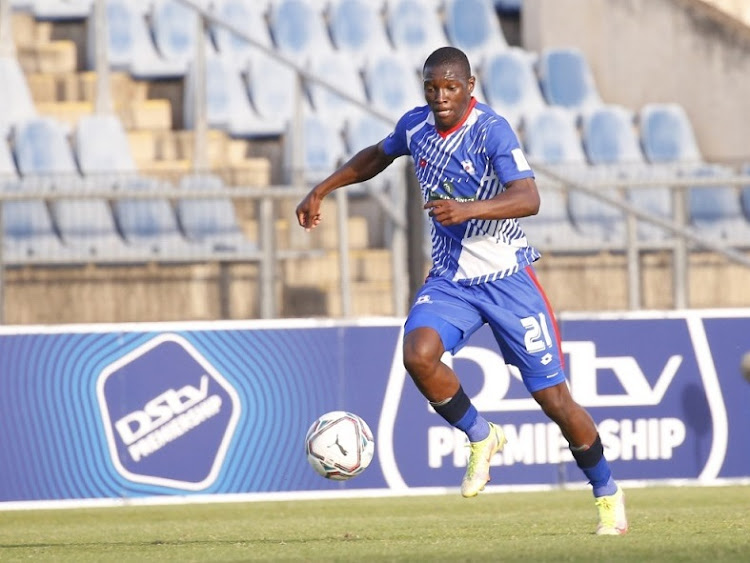 The three-year contract for the 21-year-old has been confirmed by both clubs.

Minnesota said: “Hlongwane will be the club’s first U22 initiative signing and will join the Loons pending a physical and receipt of his P1 visa and international transfer clearance. Additionally, he will occupy an international spot on Minnesota’s roster.”

The US club's 60-year-old English coach Adrian Heath, the ex-Everton striker and England Under-21 manager, said Hlongwane's is an exciting signing for Minnesota, who ended fifth in the MLS' 13-team Western Conference in 2021.

“The one thing we’ve spoken about is getting someone with game-changing pace on this roster,” Heath said.

Maritzburg United chairperson Farook Kadodia has confirmed he has had interest from European clubs in Bafana Bafana starlet Bongokuhle Hlongwane.
Sport
2 weeks ago

“He has absolutely explosive pace, but he also looks to combine and build with his teammates. We love his raw talents, but his football IQ is exceptional.”

Maritzburg chairperson Farook Kadodia said Hlongwane had offers from in SA and overseas, but had always set his sights on signing for a club abroad.

“It's been a pleasure to witness Bongokuhle’s  growth both as a player and as a young man since he was identified and recruited into the club's youth structures four years ago,” Kadodia said.

“Such has been the quality and consistency of his performances that it was not a surprise that the club had received a number of offers both locally and internationally for him, however the player has always had his heart set on playing abroad and this opportunity presents him with an exciting new challenge to test himself in a highly competitive environment.”

Hlongwane is the club’s first U22 initiative signing. pic.twitter.com/7OPDCB3zmO

Hlongwane attracted interest since making his Maritzburg debut aged 18 in a 1-0 Premiership defeat to Orlando Pirates at Harry Gwala Stadium in April 2019.

He made his international debut for a decidedly fringe Bafana Bafana that lost 3-2 to Lesotho in Maseru in an African Nations Championship (Chan) qualifier in July 2019.

Hlongwane made headlines when he scored coming off the bench in SA’s 3-2 friendly win against Uganda at FNB Stadium in June under assistant-coach Helman Mkhalele, as new head coach Hugo Broos was in Belgium for his Covid-19 vaccine jab.

Drafted by Broos into the 2022 World Cup qualifiers, the young striker scored again in the 1-0 win against Ghana at FNB Stadium, and played all six group matches.

It appears unlikely the SA Football Association will take their complaint about the officiating of referee Maguette N'Diaye in their November 1-0 ...
Sport
2 weeks ago

The Zimbabwe Football Association (Zifa) being warned by Fifa of a possible ban from the sport presents no back door opportunity for Bafana Bafana to ...
Sport
4 weeks ago

A year of failure and promise for Bafana Bafana

Bafana Bafana continues to suffer under Safa's failed attempts to produce a team that qualifies for major tournaments.
Sport
4 weeks ago