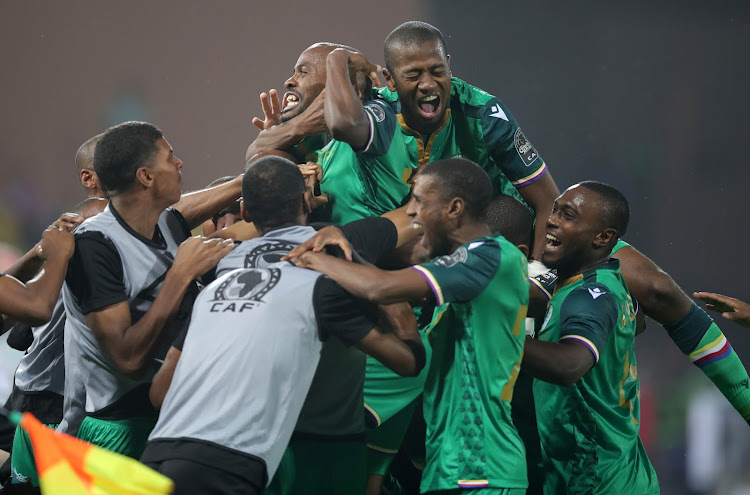 The Comoros will have to use one of their outfield players in goal against Africa Cup of Nations (Afcon) hosts Cameroon on Monday after being hit by Covid-19 infections.

The Comoros Football Federation reported 12 cases in their camp on Saturday, including their only two fit goalkeepers, and coach Amir Abdou said they would go into the last-16 tie in Yaounde with a makeshift goalkeeper.

“We have already chosen an outfield player who will start as goalkeeper. He is a player who during training showed he could play as a goalkeeper,” goalkeeping coach Jean-Daniel Padovani told a news conference without revealing the identity of the player.

First choice Salim Ben Boina suffered a serious shoulder injury and the other goalkeepers, Ali Ahamada and Moyadh Ousseni, are in quarantine after testing positive for Covid-19.

The Comoros qualified for the last 16 against all expectations after a shock win against Ghana on Tuesday, but face a crisis before the biggest game in their footballing history.

Tournament rules state that teams must play as long as they have a minimum of 11 players available.

If they have no goalkeeper available another player must play in that position.

Form, flops and favourites: 5 things we learnt from the Afcon group stages

The group stages of the 2021 Africa Cup of Nations are behind us and the tournament hits its business as the knockout fixtures get under way on ...
Sport
3 months ago

The New York Times has questioned why Al Ahly coach Pitso Mosimane was left off the Fifa shortlist for its Coach of the Year award for 2021 having ...
Sport
3 months ago

Morocco booked a place in the last-16 of the Africa Cup of Nations while Gabon, Guinea and Senegal are also likely through but four-time champions ...
Sport
3 months ago