Form, flops and favourites: 5 things we learnt from the Afcon group stages 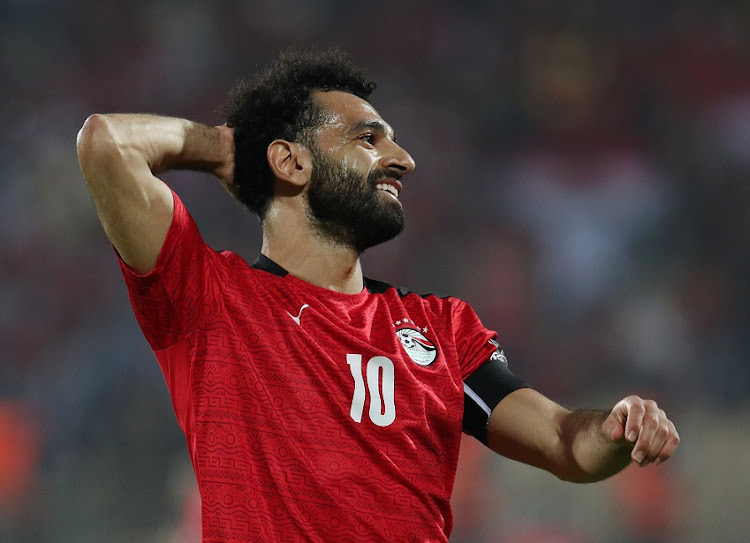 Mohamed Salah of Egypt during the 2021 Africa Cup of Nations match against Sudan at Ahmadou Ahidjo Stadium in Yaounde, Cameroon on January 19 2022.
Image: Muzi Ntombela/BackpagePix

The group stages of the 2021 Africa Cup of Nations are behind us and the tournament hits its business as the knockout fixtures get under way on Sunday.

There was much to admire in the pool games, though they were not without their controversy and the tournament was perhaps a little slow to fire. TimesLIVE takes a look at five things we learnt from the first round:

The form book is out the window

There was very little to read into form from the group stages, where teams who were expected to excel have struggled and others have come to life.

Algeria came into the tournament on the high of a 34-game unbeaten run and victory at the recent Arab Cup, but bombed out in the first round.

Senegal did not score a single goal from open play in their three games — just a Sadio Mane penalty — but still topped their group. They have been underwhelming.

Morocco have also not looked convincing, nor Egypt, who have in fact been quite poor and fortunate they had a relatively easy group. Tunisia scraped into the knockout stages by finishing third in their pool.

Nigeria have a confident swagger but Ghana, VAR have flattered to deceive

Ghana have been poor for some time and their struggles were no real surprise, but few saw them finishing bottom of their group with a single point.

Juxtapose that against the likes of Nigeria and Ivory Coast, who came into the finals with low expectations, but have arguably been the top two teams.

And what of the likes of Equatorial Guinea, Gambia, Malawi and Comoros Islands, who have stunned the big guns and been full value for their success.

Some big names need to step up

Too many of the big names have failed to fire, with the likes of Egypt forward Mo Salah and Senegal striker Mane perhaps the most disappointing.

They have looked a shadow of their usual selves and while you cannot compare the teams and environment they play in at club level with the national side, there is an air of disinterest about them. Like their minds are in Liverpool and not Limbe.

You also got the feeling Riyad Mahrez was not too upset to be making an earlier-than-expected return to Manchester City after Algeria’s shock exit. Body language says a lot and it has not been great from any of the trio.

It would be wrong to pick on those three only — there are many others. But it is perhaps one of the failings of having the Nations Cup at this time of year — are the players fully focused on the job?

The shock results in the group stages have made for a lopsided draw for the knockout rounds in which one half features a number of the bigger teams.

It means only one of Egypt, Morocco or Ivory Coast will make the semifinals, while Cameroon must get past minnows Comoros, and then one of Guinea or Gambia to reach that same stage. It is chalk and cheese in terms of difficulty.

Cameroon gave up a second-half goal to the Cape Verde Islands as they were held to a 1-1 draw on Monday but the hosts still finished top of Group A ...
Sport
5 months ago

Likewise, Nigeria must see off Tunisia, but then face a much easier examination in the quarterfinals against Burkina Faso or Gabon.

To get to the semifinals Senegal must see off Cape Verde, and then Mali or Equatorial Guinea. Again, they could not really have asked for better.

If things go to form, you would probably expect to see Nigeria and Senegal in the first semifinal, and Cameroon against Ivory Coast or Morocco in the other.

Vindication of the 24-team concept?

One of the criticisms of the 24-team Nations Cup finals was that there would be too many dead rubbers and not enough competitive matches to keep the interest of spectators.

Well, that has certainly not been the case in this competition, with very few blowouts, and every game in the final round of group games meaning something to someone.

It made for high drama and vindicated the decision to go to 24 teams, providing plenty of contrasting styles and the chance for minnows to rise up.

It is highly unlikely that any of Equatorial Guinea, Gambia, Malawi and Comoros Islands would have qualified were it not for the bigger field, but what excitement they have brought to the competition.

Motsepe was right to push on

There was a time, right up to early January, when it seemed the Nations Cup could be postponed again as fears over the readiness of Cameroon to host, and some self-serving nonsense from European clubs about the Omicron variant, threatened the tournament.

Under pressure Algeria are well aware that only a victory will ensure their progress at the Africa Cup of Nations and want to do the talking on the ...
Sport
5 months ago

Things were on a knife-edge and there were, reportedly, some high-profile figures agitating on the sidelines for a postponement, including Fifa president Gianni Infantino.

But credit to Caf president Patrice Motsepe — he took charge of the situation and made the decision that the games would go ahead. He showed leadership at a critical juncture for Caf and we can now look back and say he was right.

Ghana coach Milovan Rajevac has said he will not resign after the team’s disastrous 3-2 defeat against tiny Comoros saw the Black Stars exit bottom ...
Sport
5 months ago

We are more than a week into the Africa Cup of Nations finals, which have not always hit the great heights as a spectacle but have provided many ...
Sport
5 months ago

Zimbabwe play their last game at the Africa Cup of Nations in Yaounde on Tuesday and then head home to an uncertain future, including suspension by ...
Sport
5 months ago

Sunday Oliseh hails ‘one of Nigeria’s best performances in years’