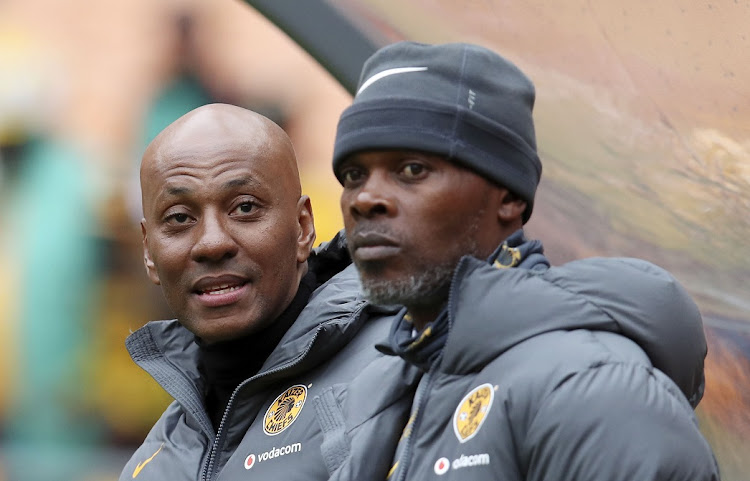 Kaizer Chiefs caretaker coach Arthur Zwane again stressed the need for serious changes at the club after they finished outside the continental club competitions places for the second season running.

In an era where bitter rivals Mamelodi Sundowns have ruled the roost domestically, Amakhosi have been reduced to bridesmaids with no trophy to show in seven seasons.

Chiefs ended another disappointing campaign, sitting in fourth spot on 47 points from 30 matches, and are likely to be overtaken by Royal AM, who have two games in hand.

This season Sundowns started by winning the MTN8, they went on to win the league title with four matches to spare and are on course for a treble if they beat Marumo Gallants in the Nedbank Cup final on Saturday.

“I can say things that people might see differently. Others might say I think I know too much or I am too harsh on players. But the reality we know and it is that we didn’t have good enough players to play for this team,” Zwane said after Chiefs' 2-2 draw in their final league game against Swallows on Saturday.

Chiefs miss out on continental football, Swallows go to the dreaded play-offs

Swallows will play in the promotion play-offs and Kaizer Chiefs will miss continental football next season after they played to a lively 2-2 DStv ...
Sport
1 month ago

“We have players at this club who are not good enough. You can’t continue repeating the same mistakes, I asked before: Are we improving? It kills the coaches as if the coaches are not preparing the players. Look at the goals we have been conceding.

“We are not creating enough scoring opportunities. Look at this match against Swallows. We were too flat. Those are the things that talk to us as a club to see going forward who should be part of the team and who should not.”

Zwane said the club has been coddling underperforming players and said Chiefs need to be careful which players they are going to recruit.

“I think we have been nursing some of the players’ feelings for far too long and things have to change. It is a case of introspection when you look at the game and where the game is today.

“As a club of Kaizer Chiefs' calibre, it [is an issue of] the people we have brought here in the past. In terms of playing personnel, in terms of coaches as well as whether they understood the pressure and way they should have done things to help the team.

“Right now I am in the thick of things and I can see why we have all these challenges.”

Kaizer Chiefs interim co-coach Arthur Zwane has confirmed a meeting between the technical team and the club’s management will be held next week to ...
Sport
1 month ago

While Stellenbosch FC have said that one of their key players Zitha Kwinika has signed for Kaizer Chiefs, Amakhosi interim coach Arthur Zwane has ...
Sport
1 month ago

Who can Kaizer Chiefs bring in to rebuild the ailing giant?

At the end of what has been another hugely disappointing DStv Premiership campaign next weekend, Kaizer Chiefs will find themselves at the crossroads.
Sport
1 month ago

Kaizer Chiefs caretaker co-coach Arthur Zwane says he feels like a special breed to have many people supporting him and wishing him success at ...
Sport
1 month ago

Zwane: 'Gone are those days where we just bring any player to Kaizer Chiefs'

How will Kaizer Chiefs regain their dominance and brand of attacking football that is pleasing to the eye of the supporters?
Sport
1 month ago