Alleged victim has red-flagged coach for the third time, but club’s ex-chairperson says he was cleared at the time 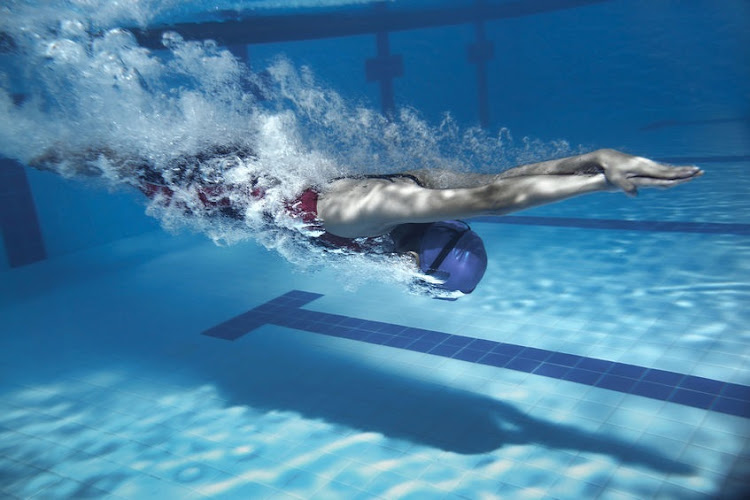 A former swimmer has accused a coach of sexual abuse.
Image: TORWAI Suebsri/123RF

A Durban mother in her early thirties has reopened a case of sexual abuse against a swimming coach she alleged molested her “easily over 20 times” between the ages of five and 12.

Iris* is raising this red flag against the coach, now well into his fifties, for the third time, in the hope she can finally get justice.

Unable to handle the abuse any longer, she first exposed him at their swimming club in Durban around 2001.

In 2010 she laid a charge after seeing a newspaper article about another coach accused of abuse, but said she was told by police at the time she didn’t have a case and, at best, would be a corroborative witness if someone laid a complaint.

Iris has been waiting for another “victim” to surface.

But last week she reopened the case after reading recent news reports about two other swimming coaches accused of sex crimes, one of which also took place in Durban.

Debbie Wade, 51, spoke out publicly about the alleged abuse she suffered from the age of 10 to 16 at the hands of a fellow swimmer, who is now a coach in Durban, calling him Mr X. There is another complainant in that matter.

The second case, against a Pretoria coach called Mr Y, relates to an incident that allegedly took place last year.

Swimming SA has confirmed it is investigating the allegations against Mr X and Mr Y, in addition to the police probes. A senior official at the federation wasn’t aware of Iris’s complaint against Mr Z.

The three, well known in swimming circles, cannot be named until they plead to the charges.

A senior Family Violence, Child Protection and Sexual Offences Investigations (FCP) officer confirmed to Sunday Times Daily that Iris’s case had been reactivated and that an investigation was “pending”.

Now that I have my own little girl, someone has to protect children because a lot of adults don’t.

There is a potential new development, according to Women and Men Against Child Abuse (WMACA) advocacy manager Luke Lamprecht, who said a former swimmer now living overseas had offered to make a statement about Mr Z, though he didn’t know the details.

“My hands were shaking [when I] submitted my details,” said Iris, who works in the medical sector.

Not long afterwards she received a call from Heyns, who put her in contact with WMACA, which played a key role in the conviction of disgraced former tennis star Bob Hewitt in 2015.

Another motivating factor for Iris was that her daughter had reached the age she was when she was allegedly first molested by Mr Z.

“Now that I have my own little girl, someone has to protect children because a lot of adults don’t.”

But stepping forward made her feel vulnerable and she expected other potential accusers to feel the same. “One of the biggest fears you have as a victim is no one believing you ... I left the [2010] police case open hoping that if someone else ever came forward I could stand by them because [there’s] power in numbers and I was still quite scared.”

Iris said when she first exposed Mr Z some other swimmers believed her and left the club, but ultimately her allegations were dismissed. She said she was not questioned further by club officials.

Debbie Wade‚ 51‚ faced the media for the first time on Tuesday and‚ after fighting back the tears for several seconds‚ she spoke about the sexual ...
Sport
1 year ago

A reputation management company, speaking on behalf of the coach, said the “unfounded allegations” were “duly investigated and found to be without merit”.

“At no time over the last 20 years has anyone embarked on any legal process, so revisiting these issues in the media after so many years smacks of an ulterior motive.”

The club’s former chairperson said “there was substantial investigation”. “The parents were called in, the children were called in, we asked for any witnesses or asked if similar incidents happened to them.

“We had a committee of eight, 10 people at the time. I think there was a unanimous no-confidence vote in the allegations. No other parent claimed a similar allegation.”

Lamprecht questioned whether the probe had been conducted in accordance with the protocol required for a child abuse investigations. Among other things, psychologists and forensic social workers needed to be present when children were interviewed.

Iris said she was molested in different locations, including in the bathroom at the aftercare house at the club, in Mr Z’s car when going to galas and at a hostel in Sasolburg where she was competing at a national winter competition.

“One of my most vivid memories ... he was looking after myself and another swimmer at the chairman’s house and he came into my room that night. I was young then, I must have been eight, nine.”

“There were times where I sort of fought him off or did not really give in to him, he would punish me in the pool and make me do endless laps of butterfly.

“And then when he had me by himself he would build me up and tell me how fantastic I was and then the second I was back in the pool he would break me down again.”

If a kid does well, he’ll give her a hug and he invariably will do the hug in front of the parents.

Iris also remembered, soon after leaving the club, being accosted at a grocery shop by the mother of a swimmer who had stayed on.

“[She] stopped me and said: ‘How dare you, just because your swimming career’s gone down the drain you want to accuse him of something like this ... shame on you.’ [She] literally shouted at me.”

The former chairperson said no other sexual abuse allegations had been levelled against Mr Z. “A few kids did leave [after Iris’s claims] ... The passing of time and the character displayed by [Mr Z] tended to neutralise and overcome that kind of concern.”

He said he knew Mr Z personally and had every confidence in him. “I’ve known him for 30 years. I’ve never seen him being unnecessarily familiar with any girl. My [youngest] daughter currently trains with [him].

“If a kid does well, he’ll give her a hug and he invariably will do the hug in front of the parents. [He] has stayed in our house [when] my wife and I went overseas ... being caregiver to my [kids].”

He said he hadn’t thought twice about Mr Z when the accusations against Mr X surfaced. “My wife did bring to my attention a couple of weeks ago that there was an incident, I think in the paper or something. I just said ‘ja, ja, ja’ ... I shrugged it off.”

The former chairperson believed the accusations against Mr Z were a figment of Iris’s imagination. “It was just a little girl getting carried away looking for attention ... some little girl’s fantasy.”

But Iris insisted there was no white knight upon a steed for her.

“As a child you hear fairy tales and someone comes and rescues you, and here you are living through this nightmare, and you finally come forward and [pluck up] the courage to speak out — which takes every ounce of your being — and nothing changes and no one does anything, and you’re called a liar and people just carry on.”

*Not her real name because she does not wish to be identified publicly.