Khayelitsha children call checkmate on boredom to stay in the game

A chess club in the area is keeping youngsters safe, while improving their focus and academic performance 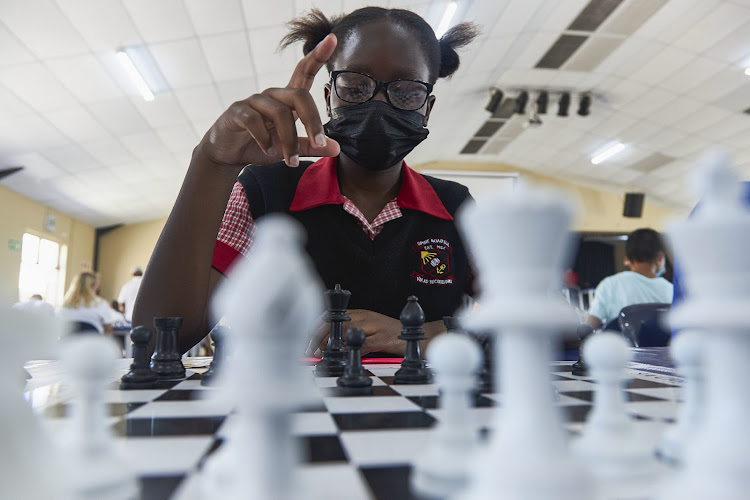 It is about 3pm in a grade 4 classroom in Impendulo Primary School in Khayelitsha, Cape Town, and more than a dozen children are all focused on one thing: their next move.

The school has been without electricity for three hours because of load-shedding. Sidwell Mayekiso, 54, founder of the 2 Knights Chess Club, sits in the corner watching the games and coaching the players.

“When I start to teach children I come up with nice stories,” says Mayekiso. “I talk about grandmasters like Bobby Fischer. I find that these children then start to be interested in the game. I don’t go through all the basics of chess, I do it step by step. I start with the board, how many squares and some calculations. Then I go to the pieces, which ones are the best and most powerful ones. Then we go to the development of pieces, middle and end game.” 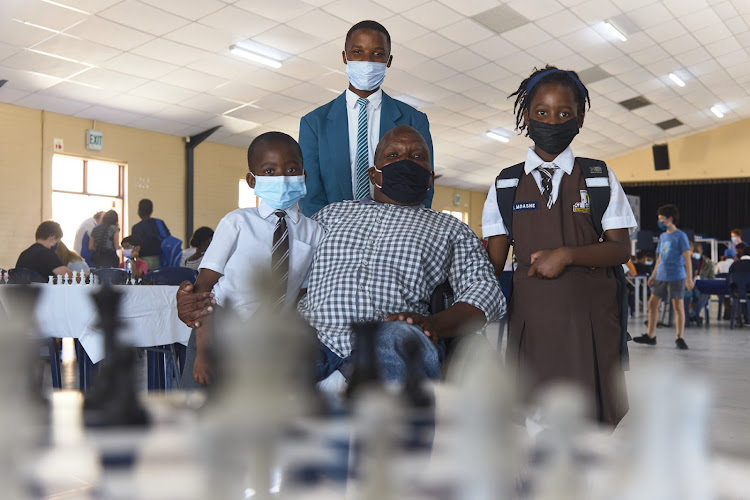 Mayekiso is passionate about taking the sport to as many people as possible, especially children in impoverished areas. Born in Colesberg in the Northern Cape, he was diagnosed with polio when he was young and started using a wheelchair because of it. He moved to the Eastern Cape at a young age to attend a special needs school for children with physical impairments.

Every Tuesday he went to a hospital in East London for check-ups. “I met Mrs Frost there and she’s the one who taught me how to play chess. Every time when I went there and I felt lazy and didn’t want to go for exercise, I just asked her where I could get a board. It’s where the love of the game started.”

Mayekiso left the Eastern Cape for Cape Town in search of work in 2016 and that’s when he started working with Impendulo. “I went to the principal and asked her if I could teach these children how to play chess. I felt that I’m getting old and I wanted to pass the knowledge of chess to these young ones. She was so excited, but she also asked if children from other schools could join the programme.”

He is in awe of the talent he nurtures. “The passion of the game started when I was young, but I didn’t play at the level where these children are playing. They are even better than me. I can’t even play with some of them. It’s something that makes me excited, but sometimes you feel embarrassed,” he jokes.

When he formed the club there were a lot of financial constraints and the players couldn’t go to tournaments. “I spoke to my wife to ask if I could sacrifice my [disability] grant to help these children go to those tournaments. She agreed. It’s not an easy thing because I don’t have money and the transport was quite expensive.”

He won an award from regional body Chess Western Province for Chess Development School of the Year in 2017, as well as one in 2019 for being a Western Cape Top Schools Champion. The trophies sit proudly in the cabinet of the principal’s office in Impendulo. Two of the club’s players were chosen to represent SA in South America, but Covid-19 travel restrictions prevented them from going. “It was not an easy thing; it was very painful. I hope that from the players that I have, maybe one of them is going to do the same,” says Mayekiso.

“What always inspires me is when the teachers come to me and say this kid, when he started playing chess, everything changed. He is focusing, concentrating and also good at mathematics. You find that all the children who are top in mathematics are also those who are playing chess. It’s very good for young brains.” 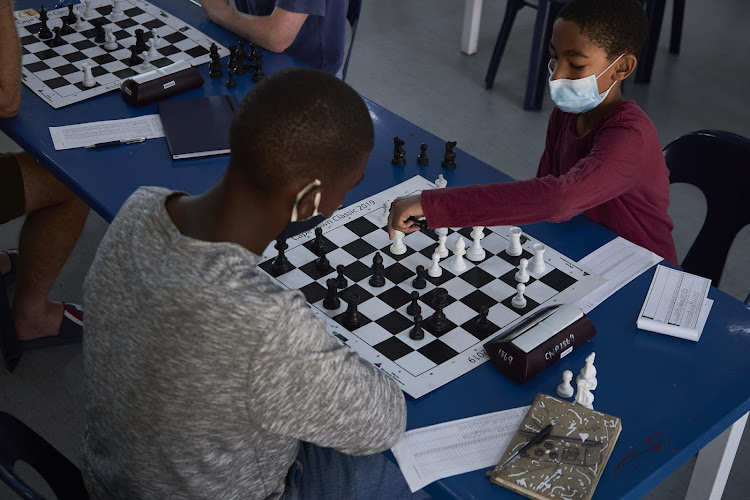 Lycender Ngcume, the acting deputy principal who has been in charge of the sports programme at the school since 2016, praises the work Mayekiso is doing. “He took the school upwards [and now] the sky’s the limit. We know very well that we are coming from a poor background, the disadvantaged community. But he took the children up to the highest level. He played tournaments and won competitions.”

Ngcume adds that the pupils who are part of the chess academy have improved academically. “There are those children who are brilliant in maths. Those children are now far ahead. Chess uses the critical thinking of the child. They are excellent in chess and they are doing well in the classroom. Chess activates their thinking.”

The area around the school is unsafe and after-school programmes such as chess keep pupils busy and out of trouble. “Sport keeps the children together, to be away from what is happening around the vicinity,” says Ngcume. “Chess is one of the most important sports, that also tries to bring learners together.

“He [Mayekiso] takes sessions with them after school. The high schoolchildren also come here to practise. There are about 15 children enrolled in the chess programme at the school. I hope more children will be interested to come because chess is a new sport [for them]. They knew nothing about it before,” he adds.

Liyabona Ntengemntu, 15, lives in Site B in Khayelitsha. She says she enjoys the life lessons Mayekiso teaches her through chess. “Chess has taught me that we have to behave, be respectful and not brag to make others feel bad. That is a good thing. He is a great coach because even though we don’t always win, he pushes us and that is good. The more he pushes us the more we do better. He’s always encouraging us. What I like about chess players is that they won’t be negative; they will uplift everybody. It’s a good social system that we have,” says Liyabona.

“The lesson that I learn from chess is that I have to be patient. Not everything is going to come right now, when I want it. Not everybody thinks the same. When you are in front of the board, some people take five minutes to make a move. Before that I wasn’t a very patient person.”

Her dream is to one day be among the top 10 players in SA. “Maybe I could join those international tournaments. I was very proud of my first tournament and I won two games out of the seven. I wish to do more and I know that I’m going to do my best.” 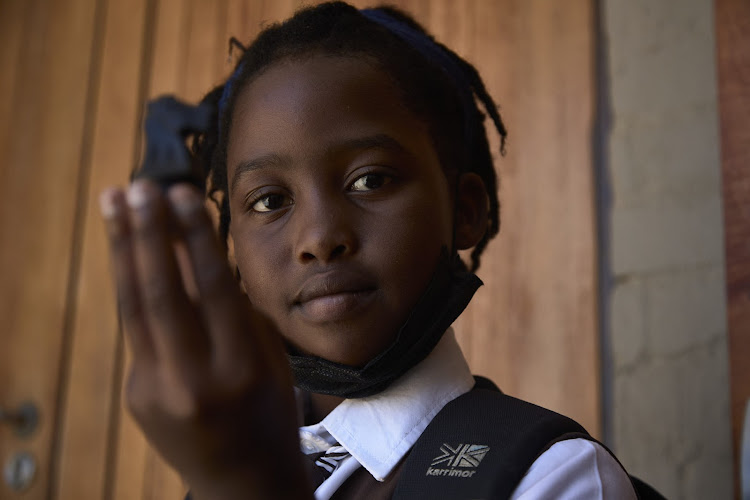 Elam Mdashe before her first game of the tournament.
Image: Chris de Beer-Procter

Bongolwethu Ncethelo, 16, started playing chess in 2017 for fun. “I love chess because it’s a creative sport; you have to implement tactics. It’s a brain exercise. Chess is not popular, but now people are getting to know it better and better. We also enjoy introducing it to other people so they can come and play chess.”

Covid-19 and schools not operating at full capacity affected the number of players in Mayekiso’s club. There were 160 in 2019, but now there are only about 60. “I’m praying that some of them come back,” he says.

He adds that the children are excited about tournaments and spend a lot of time talking about their games. “You can see the conversation after school; these guys are so passionate about the game. It just makes me happy.” 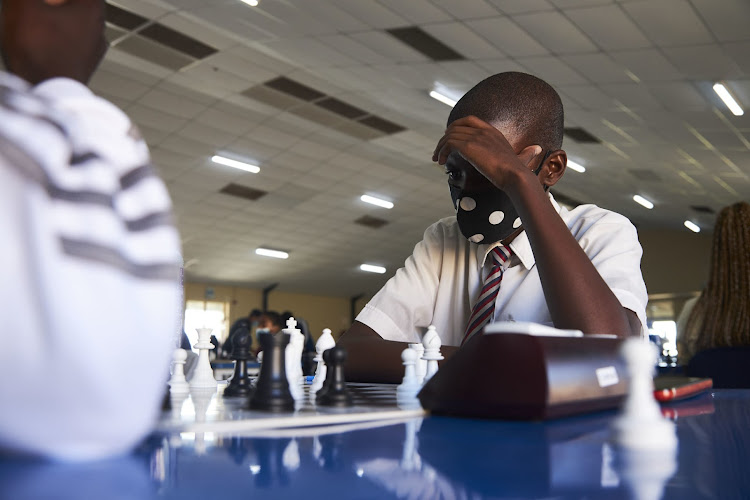 A player considers his next move during the tournament.
Image: Chris de Beer-Procter

Chess tournaments where Mayekiso’s students can compete, such as one hosted by Meridian Pinehurst High School in Durbanville recently, make him excited, he says.

“I wish there could be more tournaments. It’s my dream that one day we can host a tournament like this in Khayelitsha. There is something that is good in Khayelitsha. If we keep on doing the good things, even the crime is going to get low. If you keep children around the sport they won’t go for crime. If they are always doing something after school, extra activities, they won’t engage in crime.

“I’m looking forward to seeing one of these guys playing in a South African jersey. I always have a dream that I will have a grandmaster from one of these children.”