NADINE DREYER | Amazons of the jungle: never ever mess with this mama

Lionesses aren’t quite as hardcore as female warriors of Greek myth, but they are supreme hunters 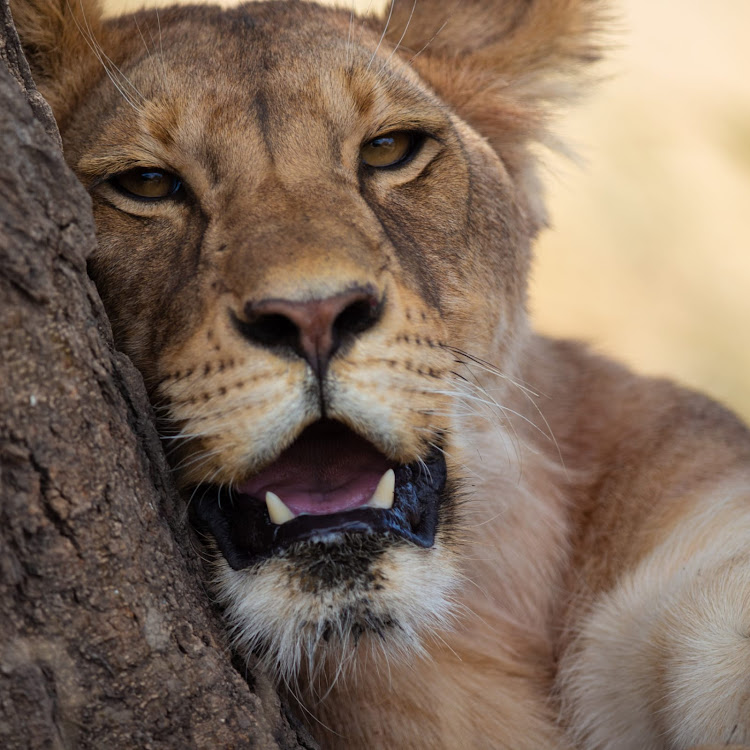 KILLER LOOKS Lionesses are between 120 and 180kg of supreme muscle and power. This magnificent lioness was photographed in Tanzania’s Serengeti reserve.
Image: Nadine Dreyer

The Amazon warriors of Greek myth have been portrayed as mighty slayers of men; women so committed to battle that they cut off their breasts to fire their bows better.

They were the arch-enemies of the ancient Greeks and even tested the fighting prowess of the mighty Achilles.

Homer immortalised them in The Iliad. With time, chroniclers embellished their legend with lurid tales of fanatical man-haters who would choose males to mate with only to slaughter them afterwards. They were also said to mutilate or kill their male offspring.

Lionesses aren’t quite that hardcore. They are the Amazons of the animal world but don’t cut off their breasts to hunt. Nor do they kill males after mating with them. Their boy cubs are loved just as much as the girls.

There’s nothing bikini about the animals. Everything is full-size, including their formidable mother skills
Opinion & Analysis
1 month ago

But there are plenty of similarities between the queen of the jungle and the ferocious man-bashers of legend.

Just as with elephants, the lion pride is run by girl power. Though they will always defer to the dominant males, the core of the pride are the females and their cubs, and all the lionesses are related. Young males eventually leave and establish their own prides by taking over a group headed by another male.

One of the reasons lions are so successful is their system of cooperative governance. African lions are the most social of all big cats and hunt in packs.

As the pride’s primary hunters and leaders, lionesses use tactics worthy of Machiavelli, each assuming a role in stalking and ambushing prey. Several of their prey are bigger and faster but working together they can bring down a kill. Many paws make light work.

Males defend the pride’s territory and tend to tag along until the females have done the cooking. (Sound familiar?)

Like tenderpreneurs, everything then degenerates into ferocious squabbling over the carcass. Unsurprisingly, cubs are at the bottom of the pecking order when it comes to feeding off a kill. 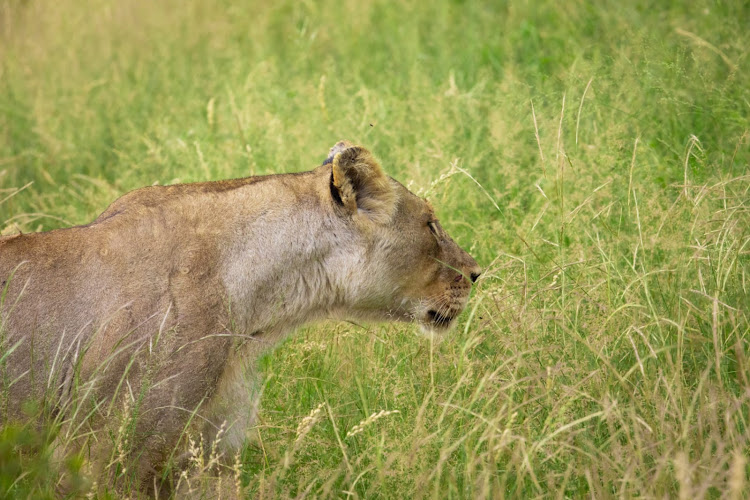 NO LIGHTWEIGHT  Female lions are actually faster than their male counterparts because they’re lighter. A lioness can reach speeds of up to 80km/h but only in short bursts. Photographed in the Kruger National Park. With all the rain, the veld was unusually beautiful and green.
Image: Nadine Dreyer

Pregnancy only lasts for 110 to 120 days so the lioness is able to hunt again as soon as possible. Maternity leave lasts around six weeks; this is when the lioness will keep her cubs hidden from other lions until they are old enough to follow the pride.

Everything about seeing these formidable animals in the wild is thrilling, especially those yellow, imperial eyes. They seem to look straight through you as if you are of no consequence; the apprentice bootlicker in the emperor’s palace.

And by the way, recent archeological digs have discovered that female warriors did exist in the ancient world, though nothing suggests the lurid tales of man-hating psychos are true.

The Washington Post wrote in 2019 about a landmark discovery. Archaeologists unearthed the remains of four female warriors buried with a cache of arrowheads, spears and horseback-riding equipment in a tomb in western Russia — right where Ancient Greek stories placed the Amazons.

It seems the Amazons of old really did exist and were more like lionesses than we ever knew.