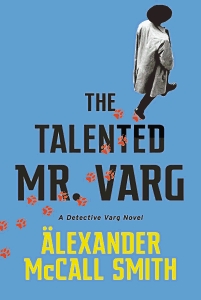 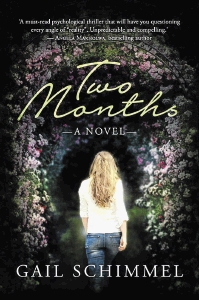 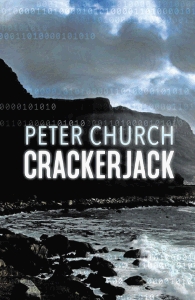 Detective Mr Varg and his depressed dog are back for a second book. His Swedish Sensitive Crimes unit continues to bumble onwards in a sea of baffling bureaucracy, while sidekick Blomquist longs for purpose. This tale takes Varg into the path of a successful novelist, while also putting him in an awkward situation with an adored colleague. But the real treat of this story isn't the mysteries, but the rambling
dry wit and musings over topics as random as why there are no love songs dedicated to the fauna of our digestive tract to all things garlic. An enjoyable and easy-going read.
Tiah Beautement @ms_tiahmarie

This riveting thriller will keep you up all night. Erica wakes up one morning to find she cannot remember the past two months of her life. She realises something is wrong when her husband asks if she is okay and whether she remembers what happened the day before. He says they had an accident and she bumped her head. But she remembers nothing. Then the shocking revelation ... she thinks it's February 15, but it's April 21. What happened in that lost time? She has to find out. Schimmel takes us through Erica's missing months, using a skilful backwards and forwards in time that grips the reader with a plot that is fascinating and unpredictable. A highly recommended read by a South African novelist who has several great books to her credit. Gabriella Bekes

Crackerjack is exactly that, it sizzles and buzzes from the start. This is the long-awaited third thriller in a series Church started in 2008 with Dark Video, followed three years later with Bitter Pill, which was longlisted for the Sunday Times Fiction Prize. They're loosely connected stand-alones and you don't have to read them sequentially, but once you've read one you'll almost certainly want to read the others. The backdrop is Cape Town but the stage is the world - specifically the dark, sinister digital world of pornography, snuff, blackmail and violence. Great plotting: a damsel in distress looking for her missing employer and her reluctant knight errant, Daniel le Fleur, software hacker turned day trader and living in Bantry Bay. William Saunderson-Meyer @TheJaundicedEye

He takes readers to the heart of the dark web, where nothing is sacred and anything you say can and will be used against you, writes Barbara Erasmus
Books
2 years ago
Next Article