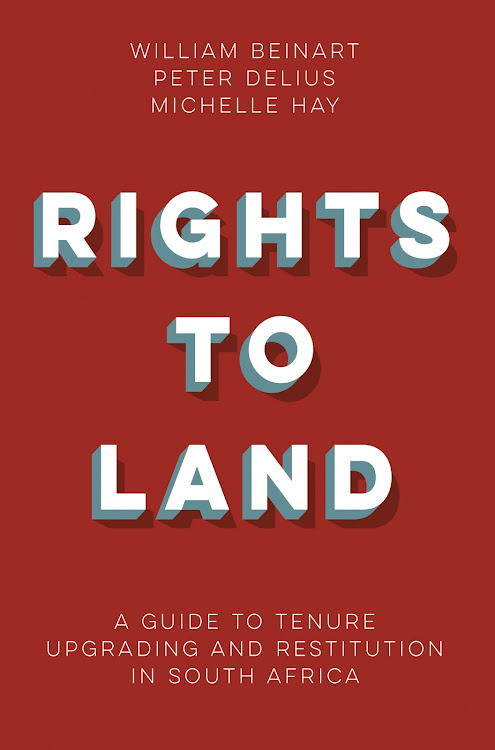 The issue of land rights is an ongoing and complex topic of debate for South Africans.

Rights to Land comes at a time when land redistribution by government is underway.

This book seeks to understand the issues around land rights and distribution of land in South Africa and proposes that new policies and processes should be developed and adopted.

It further provides an analysis of what went so wrong, and warns that a new phase of restitution may ignite conflicting ethnic claims and facilitate elite capture of land and rural resources.

While there are no quick fixes, the first phase of restitution should be completed and the policy then curtailed.

The book argues that land ownership and administration is important to rural democracy and that this should not be placed under the control of traditionalist intermediaries.

Land restitution, initiated in 1994, was an important response to the injustices of the apartheid era. But it was intended as a limited and short-term process – initially to be completed in five years.

It may continue for decades, creating uncertainty and undermining investment into agriculture.

William Beinart retired from the University of Oxford in 2015, where he was Director of the African Studies Centre and a fellow of St Antony’s College. He has researched and written extensively on South African rural issues and environmental history. His books include The Rise of Conservation in South Africa (2003), Environment and Empire (with Lotte Hughes, 2007), Prickly Pear: The Social History of a Plant in South Africa (with Luvuyo Wotshela, 2011), and African Local Knowledge and Livestock Health (with Karen Brown, 2013). He has worked on land reform planning and as an expert witness in land restitution cases.

Peter Delius retired as Professor and Head of Department of History, University of the Witwatersrand, in 2016. His research has focused on the history of the Pedi kingdom and his books include The Land Belongs to Us (1983), A Lion Amongst the Cattle (1997), Mpumalanga: An Illustrated History (with Michelle Hay, 2009) and Forgotten World: The Stone Walled Settlements of the Mpumalanga Escarpment (with Tim Maggs and Alex Schoeman, 2014). He has written extensively on rural issues and migrant labour, and in recent years has been deeply involved in research on land restitution in Mpumalanga and Limpopo, including work for the Land Claims Court.

Michelle Hay is an independent researcher and honory fellow at the Centre for African Studies, Edinburgh University. Her PhD, entitled ‘South Africa’s land reform in historical perspective: Land settlement and agriculture in Mopani district, Limpopo, 19th century to 2015’ provided a long-term analysis of what went wrong with land reform policy. She has years of experience working on land reform, has published a number of articles on land history and been involved, with Peter Delius, on projects for the Limpopo and Mpumalanga Land Claims Commissions, Land Claims Court, and provided input to the High Level Panel on the Assessment of Key Legislation and Acceleration of Fundamental Change.