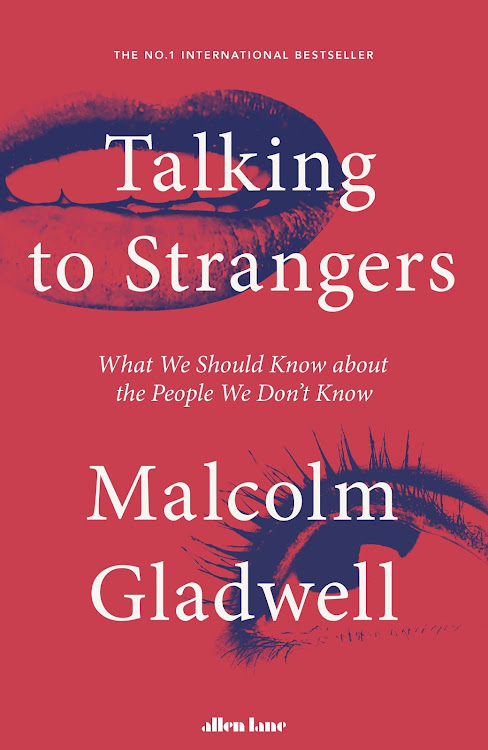 'Talking to Strangers: What We Should Know about the People We Don't Know'.
Image: Allen Lane

In July 2015, a young black woman named Sandra Bland was pulled over for a minor traffic violation in rural Texas. Minutes later she was arrested and jailed.

Three days later, she committed suicide in her cell. What went wrong?

Talking to Strangers is all about what happens when we encounter people we don't know, why it often goes awry, and what it says about us.

How do we make sense of the unfamiliar? Why are we so bad at judging someone, reading a face, or detecting a lie? Why do we so often fail to "get" other people?

Through a series of puzzles, encounters and misunderstandings, from little known stories to infamous legal cases, Gladwell takes us on a journey through the unexpected.

You will read about the spy who spent years undetected at the highest levels of the Pentagon, the man who saw through the fraudster Bernie Madoff, the suicide of the poet Sylvia Plath and the false conviction of Amanda Knox.

You will discover that strangers are never simple.

No one shows us who we are like Malcolm Gladwell. Here he sets out to understand why we act the way we do, and how we all might know a little more about those we don't.

The following extract is from Chapter 5 - Case Study: The Boy in the Shower (Part Three)

Michael McQueary is six foot five. When he started as quarterback for Penn State, his weight was listed as 225 pounds. At the time of the shower incident, he was twenty seven years old, in the physical prime of his life. Sandusky was thirty years older, with a laundry list of medical ailments.

First question: If McQueary was absolutely sure he witnessed a rape, why didn’t he jump in and stop it?

In Part Three of Talking to Strangers, I’m going to tell the story of an infamous sexual assault case at Stanford University. It was discovered when two graduate students were cycling at midnight through the campus and saw a young man and woman lying on the ground.

The man was on top, making thrusting movements. The woman was still. The two students approached the couple. The man ran. The students gave chase.

There were enough suspicious facts about that situation to trigger the grad students out of the default assumption that the encounter on the ground was innocent.

McQueary faced a situation that was - in theory, at least - a good deal more suspicious. It was not two adults. It was a man and a boy, both naked. But McQueary didn’t step in. He backed away, ran upstairs, and called his father. His father told him to come home.

Then his father asked a family friend, a medical doctor by the name of Jonathan Dranov, to come over and hear Michael's story.

This is Dranov, under oath, describing what McQueary told him:

He said that he heard sounds, sexual sounds. And I asked him what he meant. And he just said, “Well,you know, sounds, sexual sounds.” Well, I didn't know exactly what he was talking [about]. He didn’t become any more graphic or detail[ed than] that, but as I pressed him, it was obvious that he didn’t have anything more he was going to say about it at the time I asked him what he saw. He said he didn’t see anything, but again he was shaken and nervous.

Dranov is a physician. He has a duty to report any child abuse he becomes aware of. Second question: So why doesn't Dranov go to the authorities when he hears McQueary’s story?

Help! Four new books to you get sorted
Books
2 years ago

Taking on the giants

Goliath Gladwell and his artful truthiness

Malcolm Gladwell is the best known business writer of his generation, and also the slyest, and the smoothest, and therefore the one who flatters ...
Lifestyle
8 years ago